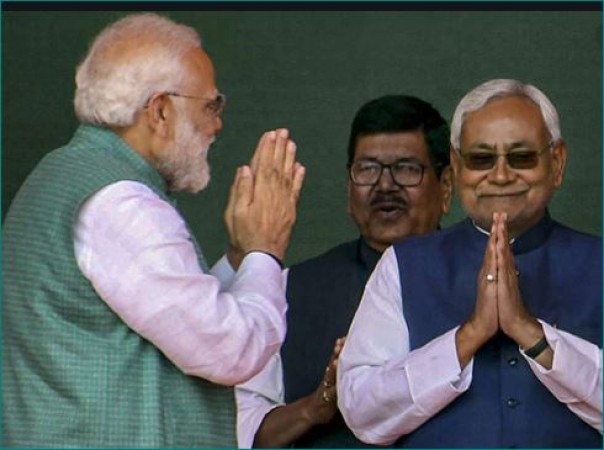 Patna: The results of Bihar assembly elections have come and once again Nitish's government has been formed in Bihar. The people have once again worn the crown of Bihar's power to Nitish Kumar. The candidates of the Nitish Kumar-led NDA in Bihar have won 125 seats out of 243. The RJD-led opposition Grand Alliance has won 110 seats and Nitish Kumar's party JD (U) has won 43 seats in the NDA constituent parties. In addition, JD (U) alliance partner BJP candidates have been victorious in 74 seats.

The other constituent of the NDA, the Hindustani Awam Morcha (US), has got four more developing Man Party (VIP) in four seats. While holding a long-time stir, the NDA has achieved a majority and once again won its name. In the beginning of the counting of votes on 10th November, the Grand Alliance, which had almost doubled the seats as compared to the NDA, had been holding a sharp grip, but in view of this, everything changed and RJD could not sustain its lead.

The Grand Alliance got 110 seats. The all India Majlis-e-Ittehadul Muslims (Aimim) candidates were also able to win five seats in the Bihar assembly elections. In addition, the Lok Janshakti Party (LJP) won only one seat and the Bahujan Samaj Party also got Vijayshree in the same seat while one seat was given to independents.