PATNA:  3 people, including a woman, were arrested in connection with the gang-rape and selling of a minor girl in Madhubani district of Bihar.

The girl was allegedly sexually assaulted by a number of persons, including police officers, before being sold to a lady pimp for Rs 50,000.

The incident came to light on  Thursday night after a team from Uttar Pradesh's Mau district freed the girl from a woman pimp named Soni Devi's captivity and cracked the case.

Those arrested have been identified as  Soni Devi, Arjun Yadav, a night watchman at the Jainagar-based Ashok Market, and Sajan Kumar, an electrician.

One Acharya (a police driver) and a Chokidar named Ramjiwan Paswan of Jainagar police station are absconding.
A month ago, the victim wandered from her hometown of Mau and ended up in the town of Jainagar in the Madhubani district. She asked Arjun Yadav for assistance while wandering through Ashok market, and he drove her to a remote location. He then invited his other three friends, who then turned up and held her captive in a room while they alternated raping her.
They molested her repeatedly and also invited others for it.

The victim was absent from the residence, and a missing complaint was registered in a police station in Mau.  A team of Mau police arrived in the Jainagar town of Madhubani on the basis of the tip, and they conducted a raid at Soni Devi's home, where the survivor was discovered.

The police squad came to her aid right away and detained the suspect.

Sanjay Kumar, SHO of the Jainagar police station, confirmed the incidnet and said that the district police had taken the accused into custody. To arrest further suspects, more investigation is being conducted.

According to Jainagar SDPO, "Mau police searched a woman pimp's home. So far, three people have been arrested, and an investigation is ongoing. A few identities of the suspects who surfaced during the investigation are known to us. There are presently raids going on. They're soon going to be locked up. 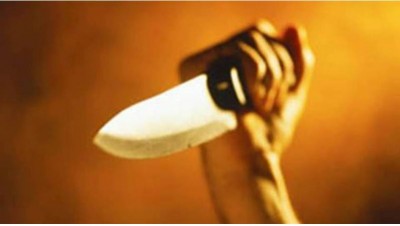