Govt's major step to provide work to workers, will get huge benefits Patna: After the increase in the number of patients in the third phase of corona infection, the labourers living outside are now returning to the village. In such a situation, providing employment to these persons here is a challenge. Meanwhile, the Bihar government has started an exercise to provide employment to labourers in such rural areas. The rural development department has given clear instructions to the officers for the same. The department says people are returning to rural areas from urban areas besides other states.

The same Rural Development Minister Shravan Kumar said that under the Mahatma Gandhi National Rural Employment Guarantee Scheme, 118.3 million human days have been completed so far against the target of 20crore human days creation for the financial year 2021-22, with an 11.15 per cent stake in Scheduled Castes and 1.21 per cent for Scheduled Tribes.

He said that so far, the number of households completing 100 working days in 1 year is 7,376 while 37 lakh 77 thousand workers have been employed under the MGNREGA scheme so far this financial year. The figure for handicapped workers is 5,676. The Minister informed that out of a total of 21 lakh 85 thousand 62 works in the current financial year, 10 lakh 70 thousand 364 schemes have been completed so far. He said a total of 2 crore saplings have been set for planting under plantation this financial year, under which more than 151 lakh 71 thousand trees have been planted so far. He said that in view of the third wave of Corona, migration from urban areas to rural areas is a challenge to provide employment in rural areas which will be fulfilled by the Department of Rural Development through its MGNREGA scheme.

What are the 'Ex-Muslims of Kerala' organization, why was it formed? 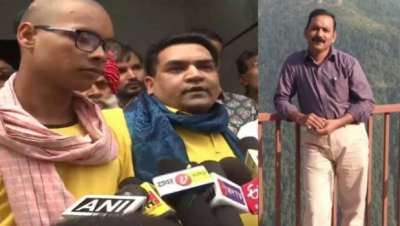