New Delhi: Richa Dubey, wife of gangster Vikas Dubey, who was killed in uttar pradesh's famous Bikru case, has not received relief from the Supreme Court. Richa had filed a petition seeking quashing of the FIR lodged against her, which has been dismissed by the supreme court.

The court also asked Richa Dubey to surrender within a week. The court said richa files a bail plea after surrender, which will be heard as per law. Dismissing Richa Dubey's plea, the Supreme Court expressed surprise that when the chargesheet has also been filed in the case, how can there be a demand to quash the FIR? Meanwhile, advocate and Congress leader Salman Khurshid, appearing for Richa, said he has filed a bail plea in the high court.

Tell us that Richa had demanded cancellation of the FIR of fraud registered against her. Earlier, the Allahabad High Court had refused to quash the FIR in the case registered under sections 419 and 420. Richa had challenged the same high court decision in the apex court. 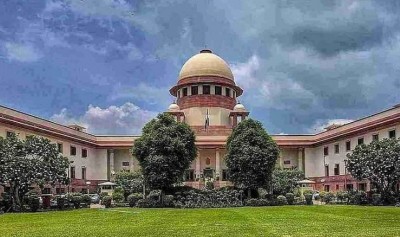