Beijing: A herd of sheep in China has signaled a threat to the whole world. In fact, for the last two weeks, a herd of sheep is constantly roaming round and round. Yes and by rotating round and round, it is being said that the cataclysm is going to come soon. The most surprising thing is that the sheep are not even stopping during this time. Yes, and it is being said that they are just going away like a zombie. CCTV footage showed that the herd living in pen number 13 has been making round-the-clock roundabouts for nearly two weeks. This video of sheep is being shared rapidly.

The great sheep mystery! Hundreds of sheep walk in a circle for over 10 days in N China's Inner Mongolia. The sheep are healthy and the reason for the weird behavior is still a mystery. pic.twitter.com/8Jg7yOPmGK

Yes, and many people are scared to see this scary footage and they are considering it as a 'sign of cataclysm'. Miao, the owner of these sheep, said, 'The strange behavior of the animals started with some sheep. Slowly the whole herd began to move around. In fact, there are 34 sheep enclosures on Miao's farm, although this strange behavior of the sheep in the 13th chamber is visible.' At the same time, some believe that this is the normal behavior of sheep, but others feel that there may be something more dangerous behind these strange acts. At this time, the video of sheep roaming all over social media is going viral and people are calling it a sign of doom. While one user described it as the Mongolian sheep of the apocalypse.

Apart from this, some Twitter users wrote that sheep can suffer from a bacterial disease called listeriosis, a disease that affects both humans and animals. On the other hand, doctors at Mole Care Farm in the UK say that this disease causes inflammation in the brain. Due to this, animals do strange things. Many times the side on which there is swelling, that part of the body becomes paralyzed. 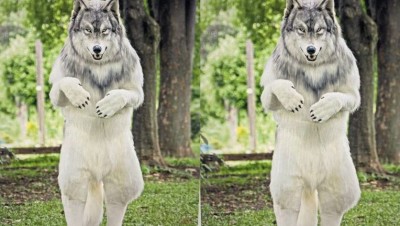