Jaipur: On Wednesday, members of the Bharatiya Janata Party (BJP) created a ruckus in the Rajasthan Legislative Assembly. BJP leader Madan Dilawar said during the Question Hour that the Mewat region of Rajasthan is becoming a mini Pakistan, where Hindus are being intimidated continuously. Madan Dilawar further said that incidents of rape are increasing in the Mewat region, women are being oppressed. The Ashok Gehlot government of Rajasthan has proved to be a complete failure. Due to the uproar of the BJP, the proceedings of the House had to be stopped.

Madan Dilawar alleged that girls are taken from here on the pretext of a love affair and later converted to their religion. A conspiracy is being hatched to make this area Hindu-devoid. Let us inform you that in the last few days, some such cases have come to light from the Mewat area of ​​Rajasthan, due to which there has been a ruckus. Recently, a case related to forced conversion came to light here, after which other organizations including Vishwa Hindu Parishad (VHP) demonstrated.

A yatra was also taken out by VHP in different areas here, a memorandum has also been submitted at the district level. Now, this matter has reached the assembly, where the Bharatiya Janata Party (BJP) raised this issue.

New film to be made on Afghanistan crisis, These Superstars will be seen in the film 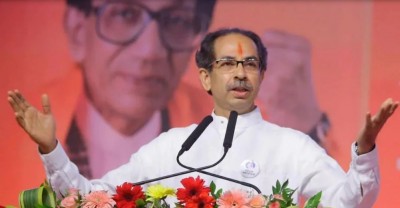