BJP spokesperson Sambit Patra shared a video on Twitter showing Arvind Kejriwal's old statements on Ayodhya and Ram mandir. In fact, Arvind Kejriwal had said at a rally in March 2014, When the Babri Masjid was destroyed, I asked my grandmother, "Nani, will you be very happy now?" Now the temple of your Lord Ram will be built. Nani replied, "No son, my Ram cannot break anyone's mosque and settle in such a temple." In another statement, he also supported the narrative that he would "build temples there, but not tell the date." 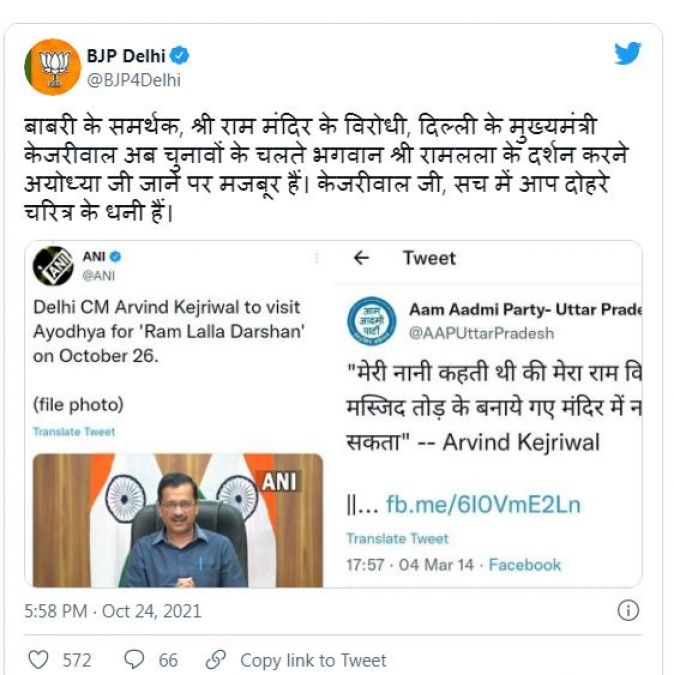