New Delhi: The Bharatiya Janata Party (BJP) will pay homage to former CM Kalyan Singh in 1,918 organizational Mandals on August 31. Uttar Pradesh BJP unit president Swatantra Dev Singh said Kalyan Singh had a direct connection with the people and workers. Every person and worker saddened by his death wants to pay tribute to him.

He said a big tribute meeting will be held in Lucknow on August 31. Activists will also pay floral tributes to their popular leader Kalyan Singh by organizing tribute meetings in 1918 organizational circles. He said Kalyan Singh Ji worked for all sections including villages, poor, farmers, Dalits, backward classes in organizational responsibilities and public life. Party workers, leaders, functionaries as well as the general public are saddened by his death. The tribute meeting will be attended by party functionaries, leaders, public representatives, ministers, workers as well as common citizens.

Former CM Kalyan Singh's ashes were immersed in the Ganga at Narora on Friday. The administration along with Kalyan Singh's son and grandson were present during the ash immersion. The ashes in the Kalash were immersed in the Ganga from the Ganga Aarti site at Basi Ghat in Narora from the steamer. The relatives kept the ashes kept in the remaining two urns with him. Taking the ashes of both the urns, the relatives left for the village of Madhauli under the Atrauli area of ​​Aligarh. 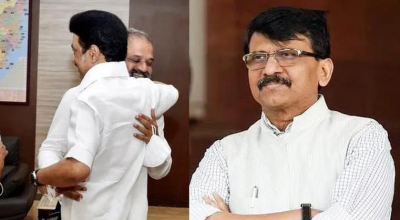