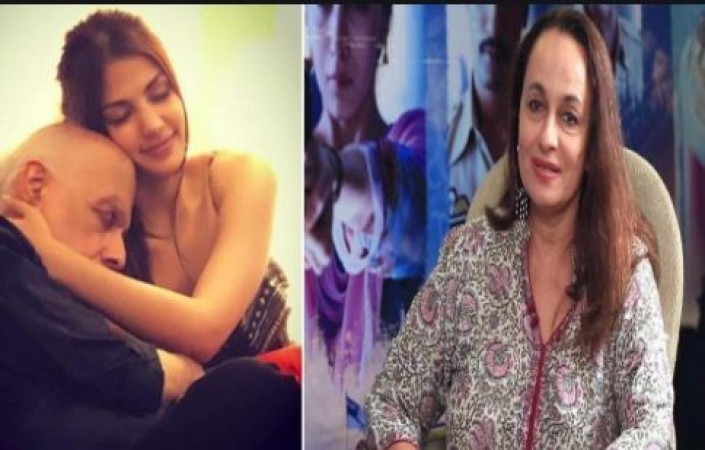 Bollywood actress Rhea Chakraborty has been in discussions for quite some time. She has been away from Bollywood for quite some time, but her return to Bollywood on the new year is being imposed. She is said to be appearing in an excellent film soon. She has been charged with trying to grab Sushant Singh Rajput's property and giving him drugs. Sushant is no longer in this world, but his fans are still against Rhea.

Rhea had to spend some time in jail in the drugs case. Amidst the criticisms of Rhea Chakraborty on each side, there are some people in the industry who are openly supporting them. The list includes a number of stars from Shibani Dandekar to Rajiv Laxman. In the meantime, Alia Bhatt's mother and Mahesh Bhatt's wife Soni Rajdan have also supported Rhea Chakraborty. Soni has made a tweet supporting Rhea Chakraborty.

In this tweet, she writes, "Her imprisonment proved that the people who did it wrong with her and she was innocent. She was wrongly presented in this whole game. Why would no one work with her? I think she will do a good job. That is what I hope." This tweet has been taken to respond to a user. The user talked about Rhea Chakraborty not getting the job done. The user wrote in a tweet, "After Rhea's imprisonment, her film career is almost over and now hardly give her any work." Seeing this tweet, Soni stopped speaking in response.