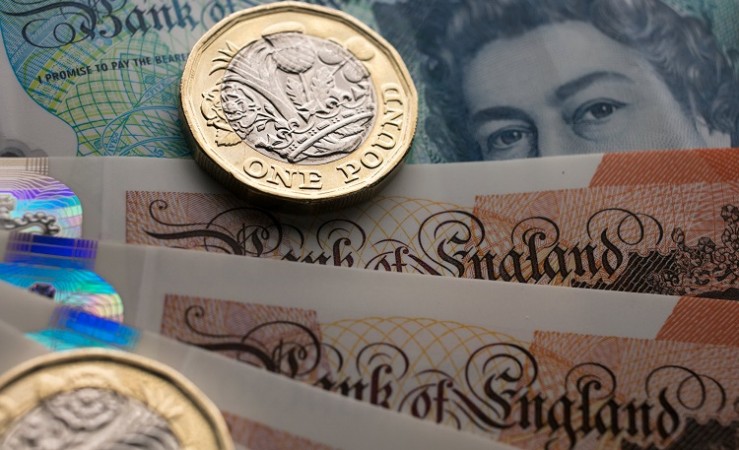 UK: Britains's pound on Wednesday, plummeted against the dollar as data indicated that British inflation had risen to 9%, the highest level in 40 years.

Sterling was down 0.9 percent against the US dollar at $1.23820 at 0846 GMT. The decline undoes the majority of the gains recorded on Tuesday, when the pound reached its highest level since May 5.

Strong labour market data had raised anticipation that the Bank of England would need to raise interest rates even further, but the recent inflation figures are fueling fears that the possibility of recession may limit how far the central bank can go. "It looked like the bank had more space to manoeuvre yesterday with wage growth rising and unemployment so low," Susannah Streeter, senior investing and markets analyst at Hargreaves Lansdown, said.

"Now, consumers' eye-wateringly high costs will lead to a decline in consumer spending power, which will have a significant impact on output in the UK economy." In April, consumer price inflation reached 9%, making Britain's inflation rate the highest among Europe's five largest economies and virtually certainly the Group of Seven countries, with Canada and Japan still to post April statistics. Neither is likely to match the United Kingdom's price rise.

The pound rose 0.7 percent to 84.08 pence against the euro. On Tuesday, British Foreign Secretary Liz Truss said she planned to submit legislation in the coming weeks to amend the Northern Ireland protocol, which was included in the Brexit divorce deal.