Britney Spears's ex-husband Kevin Federline, 44, received an emotional reply from the Grammy-winning musician after his recent comments about her in a scandalous interview with Daily Mail. For the unversed, the ex-couple were married from 2004 to 2006 and share two sons - Sean Preston, 16, and Jayden James, 15.

"The boys have decided they are not seeing her right now. It's been a few months since they've seen her. They made the decision not to go to her wedding," Kevin Federline revealed in his interview. via Just Jared. Moreover, amongst "a lot of things going on that" he "didn't feel comfortable with," Kevin commented not only on Britney's controversial conservatorship, supporting the Spears family (who he says he remains close with!) including dad Jamie Spears, but he also had some not so nice words to say about Britney Spears' nude photos on Instagram: "I try to explain to them [their sons], 'Look, maybe that's just another way she tries to express herself.' But that doesn't take away from the fact of what it does to them. It's tough. I can't imagine how it feels to be a teenager having to go to high school."

Britney Spears took to Instagram to share her feelings about Kevin Federline's rant interview, bringing their kids into it. On IG Stories, the singer stated, "It saddens me to hear that my ex-husband has decided to discuss the relationship between me and my children ... As we all know, raising teenage boys is never easy for anyone ... It concerns me the fact that the reason is based on my Instagram ... it was LONG before Instagram ... I gave them everything ... Only one word: HURTFUL ... I'll say it ... My mother told me "You should GIVE them to their dad" ... I'm sharing this because I can ... Have a good day folks !!!"

Britney Spears continued her thoughts in an IG post: "In addition to what I said on my story ... As their stepmom says "whatever is happening outside this home has nothing to do with this home" ... I would like to share the DOOR to outside is a token to the WHITE GATES I've been kept from for 15 years ... the conservatorship has only been over for 8 months !!!!! Being able to have cash FROM THE OUTSIDE world for the first time is EXTREMELY ENLIGHTENING ... are we equal now ??? As in even equality ??? A reminder that the trauma and insults that come with fame and this business not only affect me but my children as well !!!! I'm only human and I've done my best ...," before adding "I honestly would like to share my TWO CENTS!!!! I daringly would like for the Federline's to watch the BIG BOOTY VIDEO !!! Other artists have made it much worse when their children were extremely young !!!! During my conservatorship I was controlled and monitored for nearly 15 years ... I needed permission just to take Tylenol !!! I should embark on doing WAAAY more than going topless on the beach like a baby !!!! I'm not surprised that just as my family did their share of interviews, they will too. I'm not surprised at all with their behaviour and their approach to what I've had to deal with !!!"

Coming out in support of his wife is Sam Asghari, 28, taking to Instagram Stories he too called out Kevin Federline for his comments against Britney Spears: "To clarify my wife has never posted a nude selfie except her butt which is quite modest these days. All other posts implied nudity which can been seen in any ad for lotion or soap. There is no validity to his statement regarding the kids distancing themselves and it is irresponsible to make that statement publicly. The boys are very smart and will be 18 soon to make their own decisions and may eventually realize the "tough" part was having a father who hasn't worked much in over 15 years as a role model. Kevin's gravy train will end soon wich probably explains the timing of these hurtful statements. I do not know him personally and have nothing against him aside him chosing to vilify my wife. His character is revealed by approval of the cruel 13 year CShip and his loyalty to Jaimie [Spears] indicates his approval at time of its conception as well. Things that are now considered Normal issues and behavior easily dealt with therapy or other ways were magnified to justify a 13 year prison sentence. Anyone approving of it is wrong or benefiting from it somehow. I will not comment on this matter again except to say I have a job."

In another IG Story, Sam Asghari may have quoted in reference to Will Smith's infamous words after he shockingly slapped Chris Rock for making fun of his wife Jada Pinkett Smith at Oscars 2022: "I wish him the best and hope he has a more positive outlook in the future for benefit of all involved. But for now: Keep my wife's name.....out your mouth."

Britney Spears will not be deposed in conservatorship case, judge denies her father Jamie Spears' request 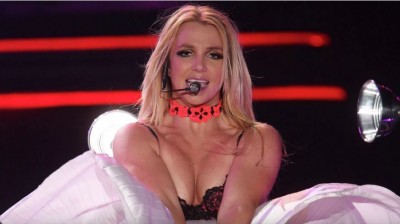 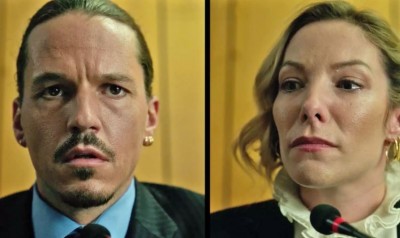 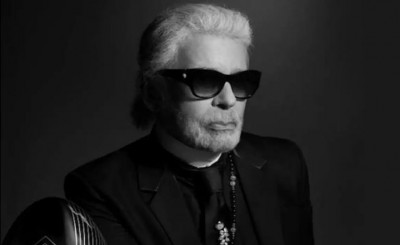 This is what the Met Gala theme for 2023 will be, to honour late designer