By turning on the camera in the moving car, Nia Sharma did something that went viral VIDEO Famous TV actress Nia Sharma remains in discussions about her fashion sense and boldness. She often shares such photos and videos of her on social media, which creates a ruckus. Now a video of him is going viral which he himself has shot. It can be seen in the same video that Nia Sharma is seen in a moving car. She is recording her video by stepping out of the car's roof window. Due to this, she is wearing a white colored one shoulder top in which she is looking very hot. Fans are going crazy after seeing Nia's sizzling look.

The same video has been shared by Nia Sharma on her Instagram account, which has been covered on social media. Fans are giving their feedback in the comment section. If someone is calling him hot in the comment, then someone is telling Gorges. Apart from this, people shared the most heart and fire emoji on Nia's post.

Earlier, Nia Sharma's selfie became very viral in which she was seen wearing a bralette. In this selfie, Nia Sharma is seen wearing a black bralette. This bralette of Nia is so deep that even the cleavage is clearly visible. Recently, Nia Sharma told how she feels when someone calls her hot or sexy. Nia said, someone tells me that Nia you look very beautiful, you are very hot. And I take it this way, why is he trying to tell me the wrong things. I don't understand all this. I am not that girl. I'm not hot I am just a girl. I am trying to be humble. It's just me. I am not doing all this for praise. This is not my agenda.

Shweta Tiwari stunned in a fitted top, daughter Palak's comment caught the attention of the fans

This famous actress became a mother, gave birth to a daughter 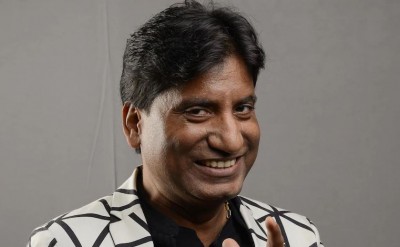