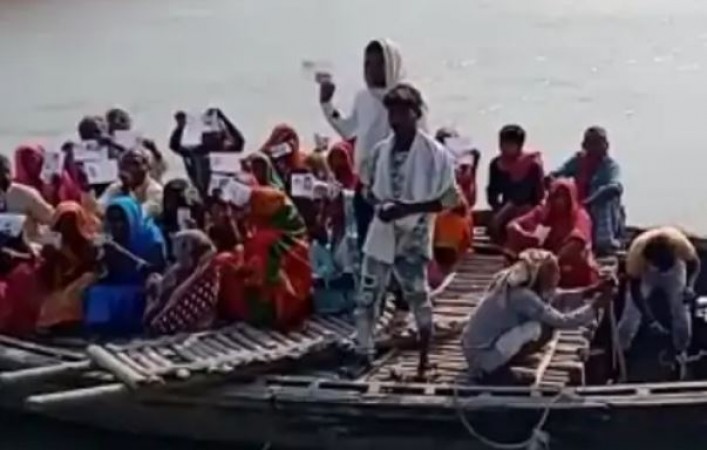 According to reports, 30 per cent voting has been recorded in MP, 25 per cent in Rajasthan and 21 per cent in Bihar till 11 pm. On the other hand, there has been a piece of shocking news. In fact, during the Khandwa by-election, Dayaram Jadhav, a teacher who was part of the reserve polling party in the Barwah assembly constituency, died of a heart attack. Teacher Jadhav was reportedly working at The Children's Stu was Ashram Sarvardevla. He had gone on duty at the Reserve Party in Barwah. His demise has been confirmed by Barwah SDM Sanmitra Jain. 1500 challan was deducted from the vehicle of Betul MP Durgadas Uike in Khandwa. In fact, there were no MPs in the vehicle, their staff was playing hooters and that is why this action has been taken for violation of the Code of Conduct.

At the same time, there is silence at the house of late MLA Mewalal Chaudhary in Tarapur. His son Ravi Prakash, who arrived in Tarapur from the US, is depressed. However, there was a time when his house was crowded during the elections. Let me tell you that Ravi refused to take a ticket from JD(U), so the party has fielded Rajiv Singh from here.