Amritsar: Former Punjab CM Captain Amarinder Singh has made a big revelation about Congress state unit president Navjot Singh Sidhu. Captain Amarinder said that when he was the Chief Minister, he had received a message from Pakistan to make Sidhu a minister. The NDA alliance in Punjab has announced that the BJP will field candidates in 65 seats, the Punjab Lok Congress in 37 seats and the 'Samyukta Akali Dal' in 15 assembly seats.

The captain said that in the message that came to him from Pakistan, it was written that you take Sidhu in your cabinet and make him a minister and if he does not work, then remove him. He said that in the message from Pakistan, it was said that the PM Imran Khan had called Sidhu his friend and requested him to give him a ministerial post in the Congress government of Punjab. However, he did not say who had given him this message. Announcing the seat-sharing for the alliance, BJP national president JP Nadda said that Punjab is a state on the border, in such a situation, it is necessary to have a stable and strong government in Punjab for the security of the country.

Nadda said that we know how Pakistan's actions have been for our country and we have seen there that there are attempts to smuggle drugs and weapons from there. He said that under the leadership of PM Narendra Modi, the country is progressing at a very fast pace and ill-mannered efforts are made to derail it, anti-national forces, in which there is an activity through Punjab, is always an effort of anti-national forces. 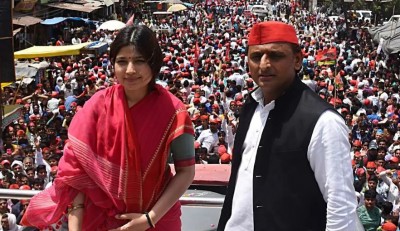 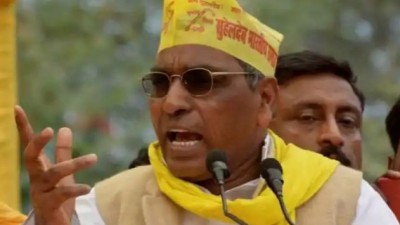