Just like Golden Globes and Oscars earlier this year, the prestigious Cannes Film Festival is all set to feature a record number of film by women directors.

Cannes Film Festival is scheduled to take place from July 6 to July 17 on the Riviera.

On Thursday, the festival President Pierre Lescure and General Delegate Thierry Fremaux unveiled the 61 titles to the press in Paris today. The titles also include 24 films which are in Competition- four of which are directed by women.

Several names on the list are familiar and regular ones including Jacques Audiard, Francois Ozon, Asghar Farhadi and Nanni Moretti.

US filmmakers, include Wes Anderson's `The French Dispatch` along with Sean Penn whose drama `Flag Day` starring Dylan Penn, Katheryn Winnick, Josh Brolin and Eddie Marsan will also screen at the festival.

Some of the most anticipated films of this edition included Leos Carax`s musical romance `Annette` with Adam Driver and Marion Cotillard, which will kick off the festival; Verhoeven`s subversive period thriller `Benedetta`, set in the late 15th century and starring Virginie Efira as a novice nun; and  of course `The French Dispatch`, Anderson`s 10th movie, with Tilda Swinton, Benicio del Toro, Bill Murray and Timothee Chalamet, among other stars.

There`s also an as-yet unrevealed US studio movie to be screened on the beach while a new section, Cannes Premieres, has been created and will feature new works from Andrea Arnold, Hong Sang-soo and Arnaud Desplechin.

As is usual practice, further films will be added in the coming days and weeks.

Avengers Assemble at Disneyland: To celebrate the opening of Avengers Campus

Shazam! Fury of the Gods Teaser: Zachary Levi's FIRST footage from the sequel

Reminiscence trailer: Hugh Jackman and Rebecca Ferguson take you on a mind-bending adventure 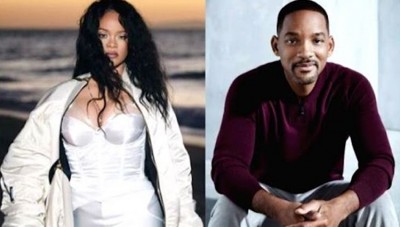