In today's world, a variety of videos go viral on social media. Now even at the moment, a video is going viral fast. In this video, a car is seen on a hilly path and its driver makes it u-turn in a very dangerous manner. The biggest and surprising thing in the meantime is that the width of the road on which this car takes a U-turn is less than the car length. Nevertheless, the driver of the car miraculously turns him to the other side.

This video is shocking and is fast going viral on social media these days. In fact, the video has been shared by many users on social media. It is yet to be ascertained where the video is from and who the driver is. However, the video clearly shows the blue car appearing on a very narrow hilly path and taking a U-turn there. Meanwhile, a deep trench is visible on one side of the car while a rock is on the other side. You can see the driver's control over the car in the video as if she was acting at the behest of her mind.

In fact, the driver takes very small cuts and is controlling accelerators, clutch and brakes well with the steering wheel. Then first he takes the car back a few inches and then takes it forward and turns it forward and immediately takes a full turn of the car and the car takes a U-turn. The driver is currently being discussed all over social media and people are surprised to see the video. Sharing the video, a Twitter user wrote, 'This is an 80 point turn perfect sample. ' 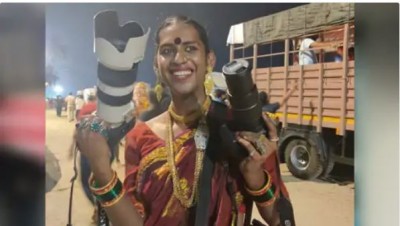