Arjun Bijlani has worked in the television industry for over 10 years. The actor has appeared in well-known shows, and viewers have given him high marks for his acting abilities. In terms of his private life, Arjun is wed to Neha Swami and the two are parents to a son by the name of Ayaan. The actor who currently hosts the reality television shows Ravivaar with Star Parivaar. Arjun is well known for his sense of humor and frequently posts hilarious videos for his followers.

The actor from Ishq Mein Marjawan has a sizable fan base on social media and frequently posts updates to keep them informed of his life's happenings. Recently, the actor posted a video featuring Chetna Mann of Khatron Ke Khiladi 12 fame. Chetna promises to give someone one lakh rupees if he grants her wish in the hilarious video. Arjun responds that he can. Chetna then orders him to hand over two lakh rupees, leaving him speechless. "When 2 lalchis meet," the captions read. It's Ki Paisa Bolta! #reelkarofeelkaro #masti #fun #trends

According to the most recent news, Rannvijay Singha, who hosted Splitsvilla for many seasons, won't be appearing in the program's upcoming season. Arjun Bijlani may actually have been asked to fill in as the show's host for the forthcoming season, according to rumors. "As per reports #rannvijaysingha would no longer be a part of #splitsvilla and #arjunbijlani has been approached for hosting," the caption of this post stated. There is still no confirmation of this, though. 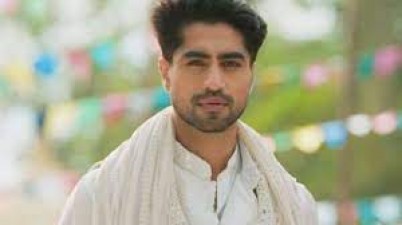