Electricity to be made from Cow Dung, every village of Chhattisgarh will be illuminated 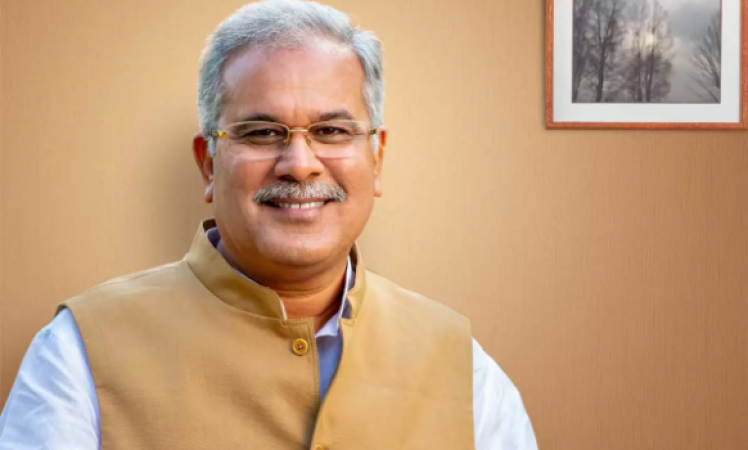 Bemetara: Chief Minister Bhupesh Baghel arrived in Bemetara on a two-day visit on the occasion of Gandhi Jayanti on October 2. Here, he gave many big gifts to the people of the district at the Maha Kisan Sabha. In fact, he held a press conference and explained the schemes of the Government. According to the information received, Chief Minister Bhupesh Baghel in Bemetara apprised of the government's plan and said, "The scheme to generate electricity from dung will now generate electricity from village to village.''

Let me tell all of you that the Chief Minister was accompanied by several Congress leaders including Home Minister Tamradhwaj Sahu, Agriculture Minister Ravindra Choubey, Bemetara MLA Ashish Chhabra, District President Banshi Patel. Talking to reporters, the Chief Minister said, "Chhattisgarh will now generate electricity from village to village. The work of making electricity from dung will be started soon. Oil crushing work will also be carried out at Gothan. Replying to a question on the shortage of doctors in the district, Chief Minister Bhupesh Baghel said, "The government is constantly working in this direction. In our Chhattisgarh, a doctor is serving behind 7000 people. Medical colleges are being opened in villages and cities to cater to doctors.''

In a Congress manifesto, the Chief Minister made a statement on the announcement of sugar mills, saying, "Ethanol plants will now be opened in the district instead of sugar mills. In Chhattisgarh, sugarcane production is also not taking place according to which sugar mills can operate.'' Meanwhile, CM hit out at the government over the Centre's Agriculture Law Bill and said, "The Centre's Agriculture Law Bill is completely anti-farmer. They have to work on restarting the mandi in Punjab. If this mandi process had started, this situation would never have arisen today, and today the farmers of Punjab have looked happy.''