In the same picture, Chhavi Mittal is seen standing in the gym. He is wearing a black and white cap with gray sportswear. The breast cancer operation scar can be seen from the side of the image. Sharing the picture, Chhavi Mittal writes, 'I did what I can't even imagine. I went to gym today. I can't use my straight hand. So I didn't use it. If I could lift the weight, I did not lift it. I can't do anything under pressure, so I didn't. What I did was concentrate on the things that I can do.

He further wrote, 'I did scots, lunges, Bulgarian split scots, coffee rage, single leg scots and sumo scots. That's right, isn't it? There is nothing to complain about in this. Even I flaunted my surgery scars. Like me, my physiotherapist was also proud of me. I believe that you cannot be physically strong without being mentally strong. Chhavi Mittal had disclosed that she was suffering from breast cancer last month. Thereafter, she underwent surgery and announced that she is now cancer free. Image's surgery lasted six hours. On the second day of the surgery, she went to the parlor and got her hair washed. He had said that his doctor had advised him to do so. Chhavi Mittal is giving strength to others by sharing her healing journey on social media.

Then came the magic of Jubin Nautiyal's voice, this new song as soon as it is released.

Karan Kundra shared such a video with Tejashwi Prakash on social media, fans are watching again and again. 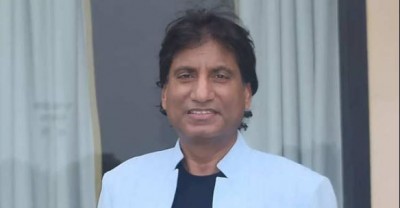