Beijing: The world's first cloned arctic wolf (Canis lupus arctos) was born, according to a Chinese pet cloning company, and terminated by an unexpected surrogate mother: a beagle.

According to Chinese news outlet Global Times, a cloned female wolf puppy named Maya and her beagle mother were revealed to the world on September 19 at a press conference organized by Cinogen Biotechnology Company in Beijing.

According to Cinogen representatives, the video was released on June 10 in Beijing's lab, or 100 days after Maya's birth.

However, according to the Global Times, the company now wants to use its knowledge to aid the conservation effort by cloning endangered species.

A full-grown Arctic wolf named Maya, which died in captivity at Harbin Polarland, a wildlife park in northeast China, served as the DNA source for the Maya's creation.

According to the Global Times, the original Maya, who was born in Canada before being moved to China in 2006, died of old age in early 2021.

According to the Global Times, Mi Jidong, general manager of Cinogen, announced at the company's press conference that the successful cloning of Maya took "two years of painstaking effort".

Of those embryos, 85 were successfully implanted into seven surrogate Beagle dogs. According to the Global Times, only one of those implanted embryos is fully developed during pregnancy.

Since not enough female wolves were kept in captivity for the scientists' experiments, they turned to the beagle substitute. Fortunately, dogs and wolves have enough DNA to successfully conceive for a hybrid pregnancy.

The wolf puppy will eventually be moved to Harbin Polarland to live with other Arctic wolves, but for the time being, Maya has been living with her surrogate mother in a Cinogen lab in Xuzhou, eastern China.

Still, because of her solitary upbringing, park keepers think she'll need to gradually introduce her to the rest of the pack, according to the Global Times.

Additionally, Cinogen revealed that a second arctic wolf clone made from the DNA of an unidentified male was due to give birth on Thursday, Sept. 22. However, there have been no verified reports of puppy births up to this point.

According to the Global Times, the business also announced a new partnership with Beijing Wildlife Park to clone more captive species in the future, although no specific project has been disclosed yet.

According to CBS News, Cinogen also worked on a project in 2019 that resulted in six identical German shepherd clones that were later enrolled into the Beijing police force.

Despite claims made by the Global Times and other media outlets, the arctic wolf, a subspecies of the gray wolf (Canis lupus), is not an endangered species. The International Union for Conservation of Nature instead regards them as least related, despite the fact that, according to the WWF, climate change could severely hamper their ability to find food in the wild in the coming decades. However, scientists have previously cloned a threatened species.

A critically endangered black-footed ferret was successfully cloned in 2020 by researchers from the US-based company Revive and Restore (Mustella nigripes). That same year, the business was also successful in cloning an endangered Przewalski's horse (Equus przewalski), and his technicians are attempting to use the cloning technology to bring back the currently extinct passenger pigeon (Ectopistes migratorius).. 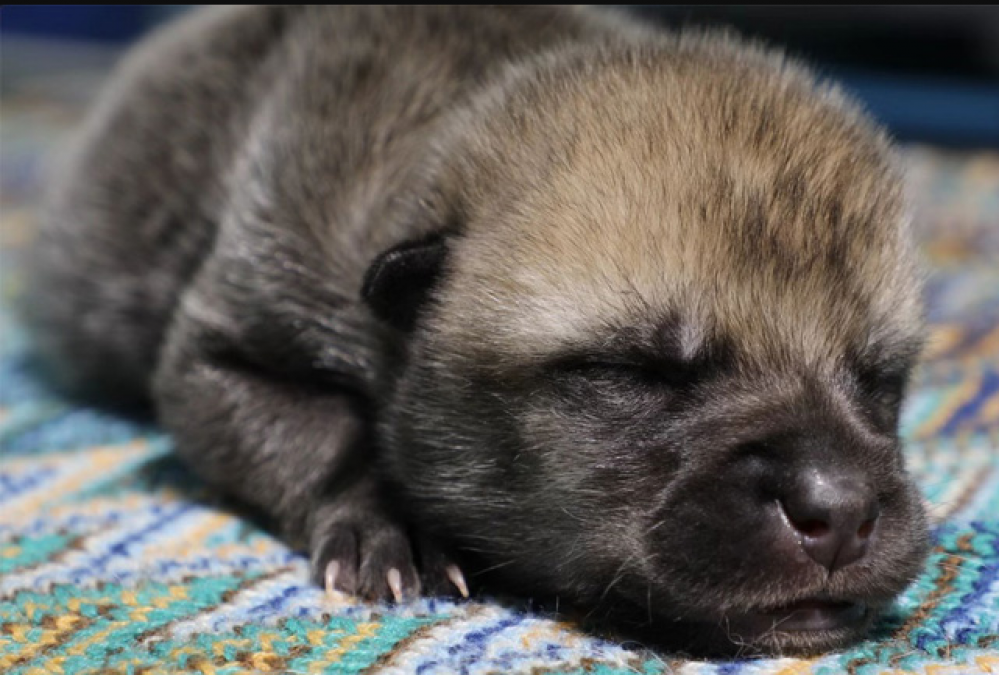 According to Revive & Restore lead scientist Ben Novak, "cloning is a significantly under-utilized tool." It could literally be a lifeline for a species that, in the worst case scenario, goes extinct in the future.

According to Nowak, the main advantage of cloning endangered species is that it maintains the level of genetic diversity within a species.

Threatened species have a better chance of surviving the selection pressures that are pushing them to extinction if clones can reproduce with non-cloned individuals, he continued.

According to Nowak, using surrogate mothers of different species to complement current captive breeding programs is another advantage of cloning.

Instead of taking animals from the wild to establish a backup population in captivity, scientists can use genetic samples from wild animals to create clones in the laboratory using a more easily accessible surrogate.

Then, Novak said, these genetic reserves could be released into the wild to replenish depleted populations. For the surrogate pregnancy to be successful, Novak said, "it appears that two species must share a common ancestor less than 5 million years ago." This opens up the opportunity to use closely related living surrogate species to bring back extinct species, he continued.

Cloning does, however, have some significant drawbacks.

The fact that not all animals can currently be successfully cloned is one of the main problems. Only mammals, fish, amphibians, and one species of insect have been cloned to date using SCNT, according to Novak.

He continued, "SCNT does not work for birds, reptiles, and egg-laying mammals like platypuses and echidnas because the eggs do not properly develop." In comparison to in-vitro fertilisation or artificial insemination, cloning also has a very low success rate, according to Novak.

For just one animal to be born, as with Maya the wolf pup, researchers frequently need to produce hundreds of embryos and successfully implant them in numerous surrogates, which can make cloning an expensive process.

Due to these high costs, private businesses like Sinogene and Revive & Restore will probably be crucial to the development of conservation cloning in the future. According to Novak, historically, underfunded universities have conducted the majority of cloning research.

Therefore, "the key to transforming cloning from a little-studied technique into a valuable conservation tool is the partnership of for-profit companies with conservation programmes." The arrival of Maya is seen by proponents of cloning as another advancement in this field of study.

More work on wildlife cloning is fantastic, according to Novak. "I hope that the world will see that cloning is ready to use as a useful tool for wildlife conservation as a result of all these recent achievements in the field." The best image of Pillars of Creation comes from James Webb