UK: A research student claimed that the side wound of Jesus in Renaissance and medieval paintings of the crucifixion can be compared to a vagina, suggesting Jesus could have been transgender, at the University of Cambridge worshipers in the chapel One study said she was "left in tears".

According to The Telegraph on Saturday, Joshua Heath, a junior research fellow, displayed three depictions of the crucifixion at the Trinity College Chapel evening service last Sunday, including Jean Malouel's Pietà from 1440 and Henry Maccheroni's "Christ" from 1990. were involved.

Former Archbishop of Canterbury Rowan Williams awarded Heath's Ph.D. Heath remarked during the service that the wound in Jesus' side and the blood flowing in the groin in the Pietà resembled a vagina.

According to John 19:34, when Jesus was crucified and died on the cross before his resurrection, Roman soldiers broke the legs of two men crucified with him. However, realizing that Jesus was already dead, one of the Roman soldiers decided to pierce his side with a spear, and "immediately blood and water gushed out."

The Cambridge research assistant continued, citing a 14th-century prayer book of Bonne of Luxembourg, noting that this flank wound was different and had "a decidedly vaginal appearance".

A worshiper was quoted in a British newspaper as saying that Heath's allegations made her "weep" and made her feel excommunicated from the church. Michael Banner, dean of Trinity College, described Heath's approach as "legitimate" after receiving several complaints from students.

One church-goer complained in a letter to Banner that I left the service in tears. You offered to talk to me later, but I was in too much trouble. I despise the notion that a man can turn into a woman by making a hole through which he can be pierced.

"I especially despise this kind of imagery when it is used to talk about our Lord from the stage." hates me

In celebration of June, which LGBT activists refer to as "Pride Month", a play depicting Jesus Christ as trans was promoted by the Scottish Teachers' Union Education Institute of Scotland, which angered Christians. Had given.

"The Gospel According to Jesus Queen of Heaven" was the name of the play. In a previous interview with BBC News, the play's producer, Joe Clifford, said the play "imagines a transgender Jesus coming back to the world today."

Clifford, a man identified as the woman, said, "She holds a banquet, shares bread and wine with the audience, which is really a sign of solidarity in the face of death, and she gives blessings."

In September 2020, an advertisement for the National Church of Iceland featured a bearded Jesus with breasts, apparently designed to encourage children to attend Sunday school.

The animated commercial, which was part of a $14,800 campaign primarily funded by the bishop's office, featured a jumping Jesus playing while pointing to a church.

Also Read:  People are being publicly flogged by the Taliban in football stadiums for "adultery and gay sex"

There was a reason I left the National Church and found another Christian congregation, a comment that appeared when the ad was shared on social media. "Shame on the bishop," read another. some described it as "particularly stupid" and "tasteless". Another user commented, "Shame on the Church for humiliating Jesus like this." 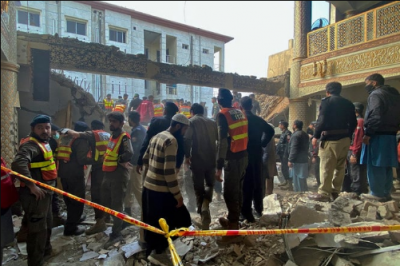 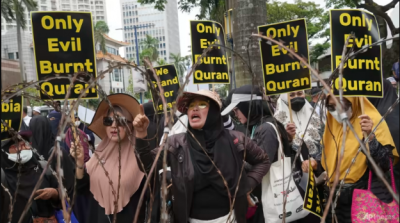