Patna: Chief Minister Nitish Kumar will lay the foundation stone and inaugurate several projects of Patna Smart City Limited (PSCL). The Chief Minister will inaugurate the Adalatganj Pond Project on Saturday. According to reports, the Adalatganj pond project will have musical fountains, boating as well as cafeteria facilities. In addition, 9 Public Service Centres will also be inaugurated under another smart city project. The public service centre will provide electricity bills, Aadhaar cards, different types of certificates to the people of the local ward.

Though initially, all the 75 wards of Patna were to have a Public Service Centre, the number has been reduced to about 25. 4.18 crore has been spent on the construction of 9 Public Service Centres. The biggest feature of this scheme of Intelligent Solid Waste Management Project is that online monitoring of garbage collection can be done through QR code. More than 1,000 vehicles plying with Patna Municipal Corporation have been equipped with GPS. About 3 lakh households across Patna are to be fitted with QR codes though the work is still incomplete.

Inauguration of building under Integrated Command and Control Project:- The project is to be completed in two parts and the building has been ready under one part of the project. Under the iCCC, more than 2500 CCTV cameras will be installed in the city and suspects or missing persons will be traced through these cameras. Also, an alternative route will be constructed over the temple drain to reduce the rush on income 'Tax Golmbar'. Foundation stone of e-toilet scheme, in which 42 state-of-the-art fitness toilets will be built in Patna. 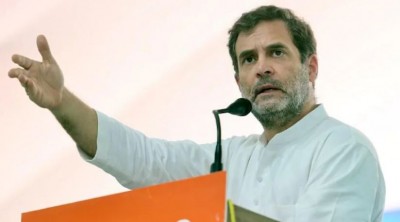