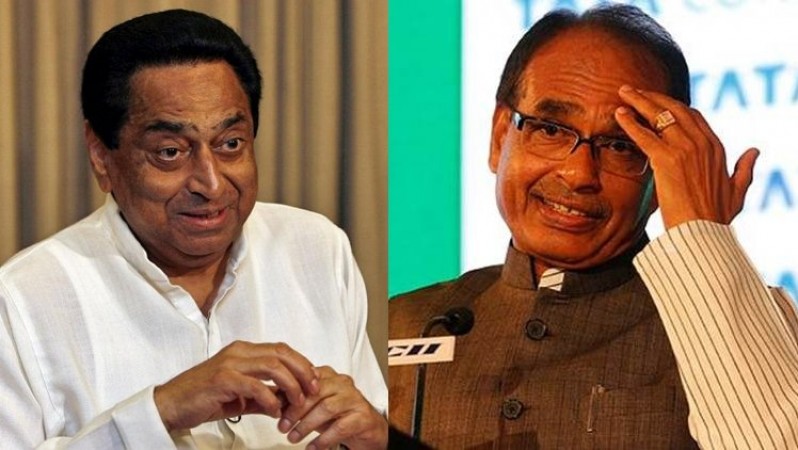 Bhopal: Today is the 75th birthday of veteran Madhya Pradesh leader, former CM Kamal Nath. In such a situation, he is getting congratulations from all sides. Madhya Pradesh CM Shivraj Singh Chouhan has greeted him on his birthday. Several Congress leaders also wished him a happy birthday. You can see that the short film on him is currently going viral on social media which has been shared by Congress. On the other hand, media coordinator Narendra Saluja presented him with a sword.

Let me tell all of you that all the leaders like former Ministers Sajjan Singh Verma, Ashok Singh, Praveen Kakkar, Rajiv Singh, NP Prajapati, JP Dhanopia, Prakash Jain, Ravi Joshi were present with him to celebrate his birthday today. Former CM Kamal Nath was born on November 18, 1946, in Kanpur, Uttar Pradesh, and today he is identified as a big face of the Congress not only in Madhya Pradesh but across the country. Wishing him a happy birthday, Shivraj Singh Chouhan has written: 'Heartiest birthday wishes to Shri Kamal Nath Ji!' While the Congress has written, "Heartiest birthday greetings and best wishes to Madhya Pradesh Congress President and former Chief Minister Kamal Nath Ji. Kamal Nath ji's long-term political experience, energetic personality and a heart full of compassion make him one of the best and most beloved people's leaders. HAPPY BIRTHDAY, KAMALNATH JI.'