Congress is making vigorous efforts to strengthen itself. The responsibility of strengthening the Congress rests on the National General Secretary and in-charge of Uttar Pradesh, Priyanka Gandhi Vadra. The latest case is of unseasonal rain and hail. Regarding which Priyanka Gandhi, in a tweet attacking Yogi Adityanath government, Priyanka Gandhi has posted a photo of Rajasthan and Pakistan. When her tweet started being trolled, Priyanka, who came on the backfoot, deleted the photo from the tweet.

For your information, let us tell you that after the rain and hailstorm in western and central Uttar Pradesh, Priyanka Gandhi in her tweet posted pictures of farmers of Congress-ruled Rajasthan and Pakistan after the Chief Minister Yogi Adityanath was surrounded by farmers. After this, when social media users started trolling them, they finally deleted the tweet. Many times in a hurry, Congress leaders make such mistakes, which they have to face a lot of trouble. Priyanka Gandhi also tweeted a picture of Rajasthan and Pakistan farmer from Uttar Pradesh. After this, people started trolling them fiercely on social media. After this he had to come on the backfoot, after all Priyanka deleted her tweet.

The rain and hail in Uttar Pradesh, Priyanka tweeted four pictures and wrote that listen to the pain of these farmers. Due to hailstorm and heavy rains, crop of farmers was destroyed in many places of Uttar Pradesh. Many farmers have lost up to 80 percent of their crop. Instead of making blank claims, the BJP government of UP should give proper compensation to the farmers by doing a complete assessment of the loss. 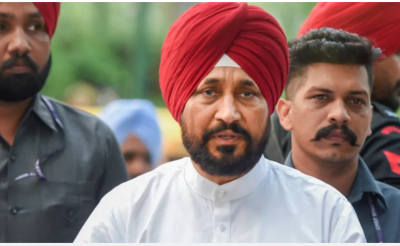