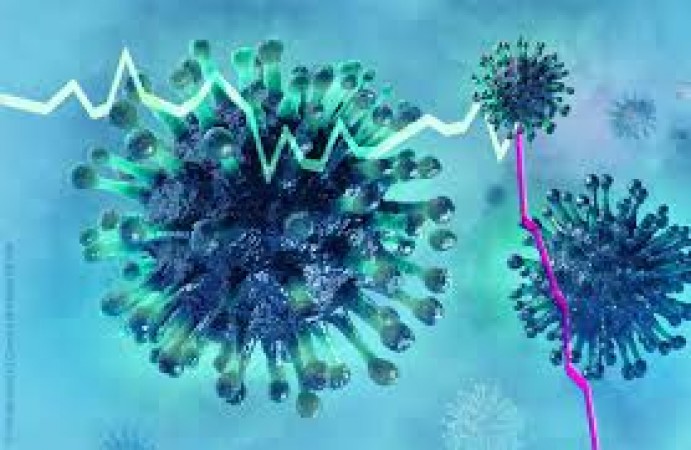 New Delhi: The number of corona cases has seen a rise in the country today. In the last 24 hours, 2,828 new cases of corona have been reported. 2,035 people have recovered from corona and 14 patients have died of the corona. According to the Union Health Ministry, if we talk about active cases, 779 active patients have been reported in the country. Subsequently, the total number of active cases in the country has gone up to 17087. The active rate has gone up to 0.04 per cent while the recovery rate is 98.74 per cent. The total number of patients who have recovered from Corona has become 42611370.

If we talk about vaccination, 13,81,764 people have been vaccinated in the last 24 hours in the country. Subsequently, the total number of vaccinators has reached 1,93,28,44,077. 2,685 new cases of the corona were reported yesterday while 33 patients died. The speed of corona infection in the country's capital Delhi has once again started to scare, but there is some relief from the death figures. Delhi reported 442 new cases of corona on Saturday and the infection rate was recorded at 2.02 per cent. According to the data released by the Delhi health department, the relief was that no one has died of corona infection. Let us know that no one has died of the infection for the second consecutive day in Delhi on Saturday.

According to the data released by the Delhi government, with the arrival of new cases, the total number of people infected with coronavirus in Delhi so far has gone up to 19,05,954, while the number of people who have lost their lives due to corona is 26,208. The department said in its new bulletin that a total of 21914 corona tests were conducted in the national capital on the previous day.