New Delhi: The cases of corona continue to rise. The Union Health Ministry on Sunday said that 16,103 new corona patients have been reported in the last 24 hours. As a result, 31 deaths have been recorded. The daily positivity rate of Corona in the country is 4.27 per cent. The active cases have increased to 1,11,711.

According to the Health Ministry, the active cases of Corona in the country have increased by 2,143 during the last 24 hours. The highest number of 1,161 cases were reported from Tamil Nadu and 1,013 in West Bengal. In the remaining states, active cases increased by less than 306. Maharashtra topped in terms of reduction in active cases, recording a shortfall of 549. If you look at the total active cases, their figure has gone up to 1,11,711. In the last 24 hours, 13,929 patients in the country have defeated corona. The highest number of 3,749 patients were cured in Kerala. Subsequently, 3515 recovered from the corona epidemic in Maharashtra and 1,372 in Tamil Nadu. In Delhi, 969 patients defeated Corona. A total of 4,28,65,519 people have been cured of corona so far in the record. 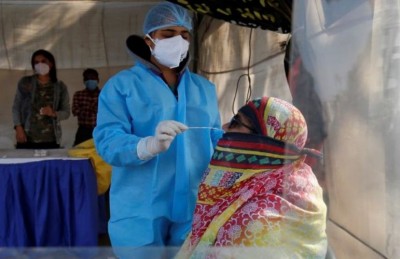