Covid-19 cases are rising exponentially across England driven by younger and mostly unvaccinated age groups, according to scientists. A study done by the government found that infections increased by 50% between 3 May and 7 June, coinciding with the rise of the Delta coronavirus variant that is now dominant in the UK.

Data from nearly 110,000 swab tests carried out across England between 20 May and 7 June suggests Covid cases are doubling every 11 days, with the highest prevalence in the north-west and one in 670 people infected.

The Imperial College London led Real-time Assessment of Community Transmission (REACT-1) analysis, based on over 100,000 home swab tests taken between May 20 and June 7, estimates that 0.15 per cent of people have the deadly virus, or roughly 1 in 670. It found that the link between infections, hospitalisations and deaths had been weakening since February, but since late April, the trend has been reversing for hospitalisations.

"We found strong evidence for exponential growth in infection from late May to early June in the REACT-1 study, with a doubling time of 11 days on average for England," said Professor Paul Elliott, director of the REACT programme from Imperial's School of Public Health. "These data coincide with the Delta variant becoming dominant and show the importance of continuing to monitor infection rates and variants of concern in the community," he said.

The findings come days after UK Prime Minister Boris Johnson announced a month-long delay to an end to lockdown restrictions, citing the rising number of cases of the Delta variant first identified in India.

Decision to increase gap between Covishield doses based on Scientific Evidence: NTAGI These things must be eaten in the cold, there will be many benefits 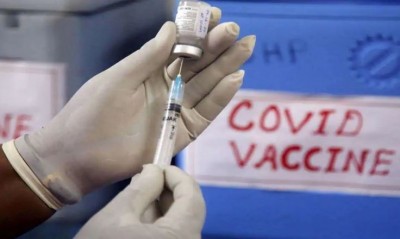