Create your own Love Story with the help of Google Photos Google Photos has now released a new Love Story Movies feature for the user, which will save the memories. The new change has come through Google Assistant, through which users will be able to prepare the Love Story theme in the Photos app. It will be possible to create a love story movie by adding background and romantic shot. The latest theme has already joined the newly launched 9 themes. There is also Valentine's movie theme, which Google released in February. Google Photos already has Cat and Dogs Movie, which is designed by keeping pets in mind.

To make a Love Story film, go to the Assistant tab, which is given below on Google Photos. Go to 'Movie' and tap 'Create New' here. After this, Love Story Cards can be used. This will require pictures of you and your partner. Also, the user will also get Face Grouping feature, in which the Assistant will also identify both of your faces. 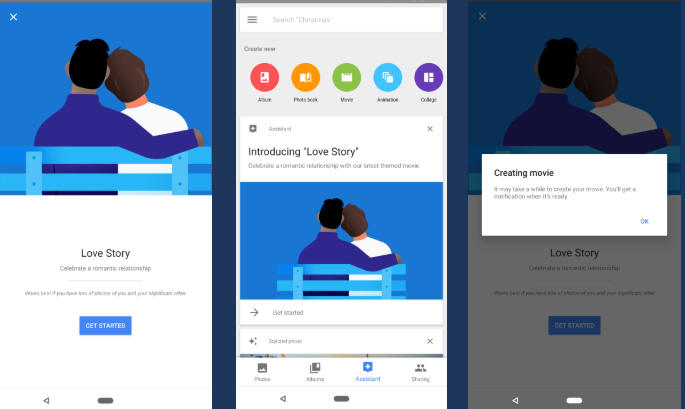 Once Google Photos gets the photos needed, you can take them for video editing. Also, you can change background theme music by bringing new photos, videos to the time line. It featured the first acoustic guitar music, which is set in the theme of Valentines Date. Google Photos is like a cross-platform app.

Love Story Movies will be made directly from Android and iOS devices. Earlier this month, Google Photos had got the new feature, which was for Android and desktop. Google had also given the option of Mark Select Photos Photos for last month. Photos can also be located in the app.

Samsung Galaxy S10 may be launched with three rear cameras