Dangal actress Zaira Wasim who has played the role of young Geeta Phogat in film has been facing trouble for long time. The girl posted and then deleted an apology on Facebook for meeting the CM of Jammu and Kashmir.

After that, she had faced extreme trolls on Twitter. Now, Zaira is again caught in trouble because of a three years old Facebook post of her mother on which some pro-Pakistani posts of her mother from the year 2014 is present.

The post belongs to an India-Pakistan match that was played in Dhaka during the World Cup T20. Twitterati started calling her a traitor, asking her to "get lost" through twee Read here the tweets: 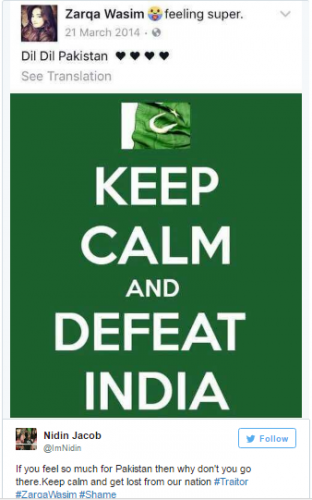 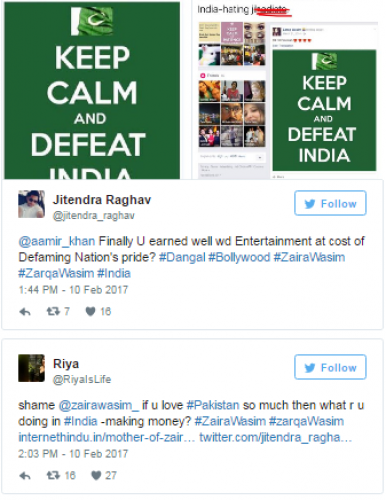 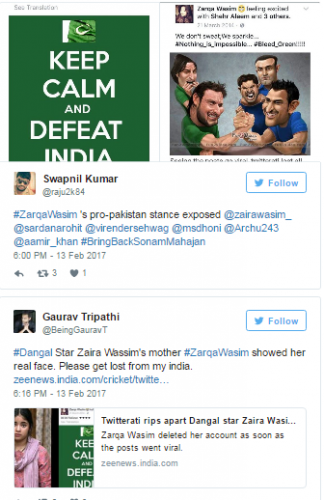 It's annoying and embarrassing to watch myself on screen, says Zaira Wasim