Actress Zaira Wasim, known as Dangal Girl on the big screen, has left Bollywood. At the same time, she is now in the headlines due to her opinion on social and political issues. Along with this, Zaira, who belongs to Kashmir, is in discussion these days because of speaking on the current situation of India. He has criticized the state of the country on social media and Prime Minister Narendra Modi. Zaira Wasim tweeted a tweet on her official Twitter handle. He wrote in his tweet, 'The question should be,' How do you feel relaxed at night? ' Not 'how do you eat mango.' This tweet by Zaira Wasim is in relation to Prime Minister Modi. In an interview recently, PM Modi said that he likes mangoes. Which was discussed a lot on media and social media? Now all social media consumers and their fans are giving their feedback on Zaira Wasim's tweet.

Earlier, Zaira Wasim was in the news for reacting to the situation in Jammu and Kashmir. It has been more than six months since Article 370 was removed from the Valley. When this article was removed from Jammu and Kashmir, the opposition created a lot of uproars. Along with this, Bollywood celebrities also gave their response. After more than six months of Article 370, actress Zaira Wasim has shared a lengthy post on social media. Zaira had raised many questions through this post. At the same time, this post of Zaira Wasim is also more discussed because of this because she is a resident of Kashmiri. Zaira wrote on Instagram, 'Kashmiris are constantly battling between hope and frustration. The lie of peace is being spread in place of despair and sorrow. At the same time, no one can ban the independence of Kashmiris. Why are we being put in such a situation where we are under restrictions and we are being ordered? '' Why is it so easy to ban our freedom of expression? Why do we not have the freedom to say and express our views? Without listening to our thoughts, they are being rejected badly. Why can't we live like ordinary people without any fear and worry? '

In the next post, Zaira explained how Kashmiris are facing difficulties. At the same time, Zaira wrote- 'Why does any Kashmiri's life go through difficulties, restrictions, and troubles, why has it been made so common? Thousands of such questions arise in our minds. The government does not even want to hear the answers to these questions. It does not make any effort to put a stop to our doubts and speculations. Zaira did not stop this. Apart from this, he also took a sarcasm in his post on the role of media. Zaira wrote- 'Don't believe the media which has told a blurry picture about the situation here, ask questions, our voice has been silenced and for how long. None of us really know. Even at the time when Section 370 was withdrawn from the valley, Zaira gave her response by tweeting. Zaira wrote- 'This time will also pass. Zaira Wasim decided to leave Bollywood after giving two super hit films. The reason for this was told by the actress to turn away from religion. 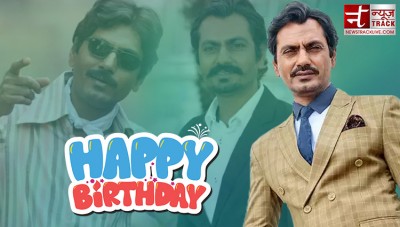