Daniel Medvedev has set a brilliant record in the Davis Cup finals to take Russia to the semifinals. Medvedev defeated Mikhail Yamer 6-4, 6-4 to lead Russia to a 2-0 lead over Sweden in the quarterfinals.

Medvedev, 25, had to work hard against Yamer. Yamer broke Medvedev's service 3 times. However, the world number two won the match, which lasted only 72 minutes since making a brilliant comeback. Medvedev, meanwhile, planted 14 winners. Medvedev has won all his 6 matches played in the Davis Cup final so far this year. After the win, Medvedev has said that ''I could have done better in the match. But I am really happy to lead the team to victory. Medvedev has further said that Madrid looks like home to me, we are winning a lot of matches, we had beaten Spain earlier. Our confidence has increased a lot after beating the home team.'' 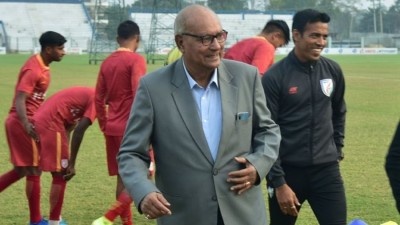