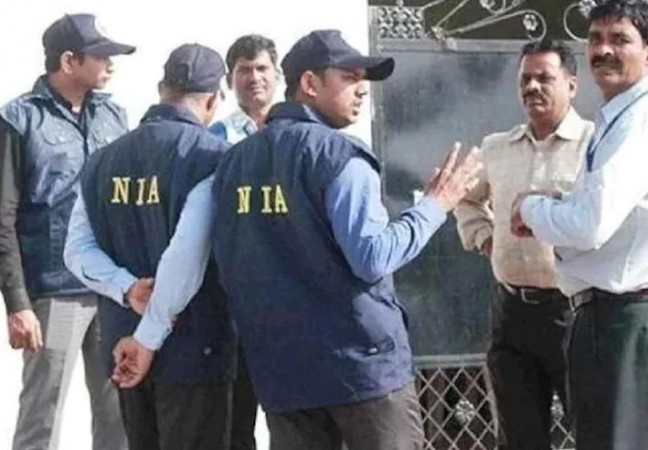 Patna: Two suspected terrorists Naseer and Imran, who were involved in a conspiracy to explode the Secundarabade-Darbhanga special train in Bihar, have been remanded to NIA remand for 7 days by a Special NIA Court in Patna. Aamir and Naseer, who were arrested from Telangana, were taken to Patna from Hyderabad by a National Investigation Agency (NIA) team on Friday morning after which the duo was taken to the bihar ATS office. The two suspected terrorists were also interrogated thoroughly by Bihar police in the blast case.

The two suspected terrorists were produced before the Special NIA Court in Patna in the afternoon after which the court remanded the duo for 7 days. In fact, on June 17, there was a blast in the parcel at Darbhanga railway station, after which the NIA started investigating the entire case. The investigation revealed that the name of the terror group Lashkar-e-Taiba had come to light in the entire case. The NIA investigation also revealed that the strings of the case were being linked to Pakistan. The NIA had arrested Imran Malik and Nasir Khan from Hyderabad on July 1.

Some new revelations are now being made about the Darbhanga blast. It was only in February that a plot was hatched in the house of Salim, a resident of Shamli, to blast IED in a train. The mastermind of the entire plot is Iqbal Kana sitting in Pakistan. The terrorists wanted to cause major loss of life by blasting the Darbhanga train.