New Delhi: Former PM Manmohan Singh was admitted to the All India Institute of Medical Sciences after his health deteriorated. As a result, Union Health Minister Mansukh Mandaviya rushed to AIIMS to take his movements. On the other hand, the Health Minister clicked a photograph and shared it with the former Prime Minister. Now, there is a controversy about it. After the Congress, Daman Singh, the daughter of the former Prime Minister, has also criticized the Health Minister.

In fact, Daman Singh, the daughter of the former Prime Minister, has been outraged by the health minister's behaviour and alleged that Mandaviya took the photographer against the family's wishes. Singh, 89, was admitted to the private ward of cardio-neuro centre in AIIMS on Wednesday and is under the supervision of a team of cardiologists led by doctor Nitish Naik. He had a fever on Monday and had recovered from it but he was beginning to feel weak and was able to consume only liquid things.

Talking to the news portal, Daman Singh, daughter of the same former PM, alleged that the Union Health Minister was also disturbed by the entering of a photographer in which Manmohan Singh is admitted. Daman Singh said, 'My mother was very upset. My parents are trying to overcome a difficult situation. He is old. He is not an animal present in the zoo. Mandaviya had met Singh on Thursday and said that he wished him a speedy recovery.

Uttar Pradesh to export banana of Lakhimpur to other countries 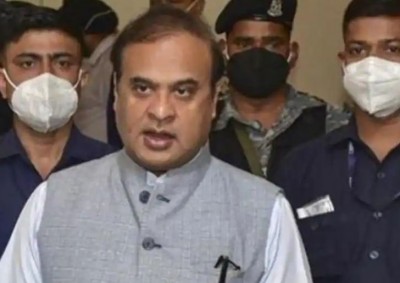