Death Anniversary of Tipu Sultan: The Tiger of Mysore Tipu Sultan was born on 20 November 1750 (Friday, 20th Dhu al-Hijjah, 1163 AH) at Devanahalli, in present-day Bangalore Rural district, about 33 km (21 mi) north of Bangalore city. He was named "Tipu Sultan" after the saint Tipu Mastan Aulia of Arcot. Tipu was also called "Sultan Sayyid walShareef Fateh Ali Khan Tipu" after his grandfather Fath Muhammad. Tipu was born at Devanhalli in a Najeeb AlTarfayn Sayyid family meaning having ancestry to both Imams Hassan and Hussain, as the son of Hyder Ali. Being illiterate, Hyder was very particular in giving his eldest son a prince's education and a very early exposure to military and political affairs. From the age of 17 Tipu was given independent charge of important diplomatic and military missions. He was his father's right arm in the wars from which Hyder emerged as the most powerful ruler of southern India. 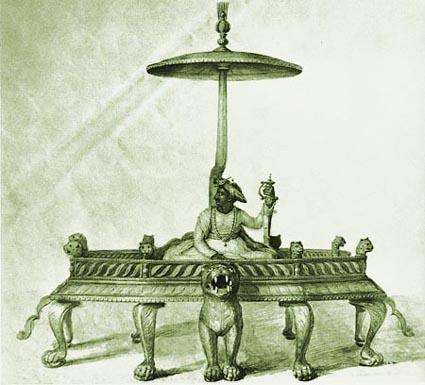 Tipu's father, Hyder Ali, was a military officer in service to the Kingdom of Mysore; he rapidly rose in power, seized power and became the de facto ruler of Mysore in 1761. Hyder himself claimed descent from the Banu Hashim clan of the Quraysh tribe of Arabs, the tribe of the Islamic prophet, Muhammad through his ancestor Sayyid walShareef Hassan bin Yahya who was the Sherif of Makkah. Hyder's father, Fath Muhammad, was born in Kolar and served as a commander of 50 men in the bamboo rocket artillery (mainly used for signaling) in the army of the Nawab of Carnatic. Fateh Muhammad eventually entered the service of the Wodeyar Rajas of the Kingdom of Mysore. Tipu's mother Fatima Fakhr-un-Nisa was the daughter of Mir Muin-Ud-Din, the governor of the fort of Kadapa. Hyder Ali appointed able teachers to give Tipu an early education in subjects like Urdu, Persian, Arabic, Kannada, Quran, Islamic jurisprudence, riding, shooting and fencing. 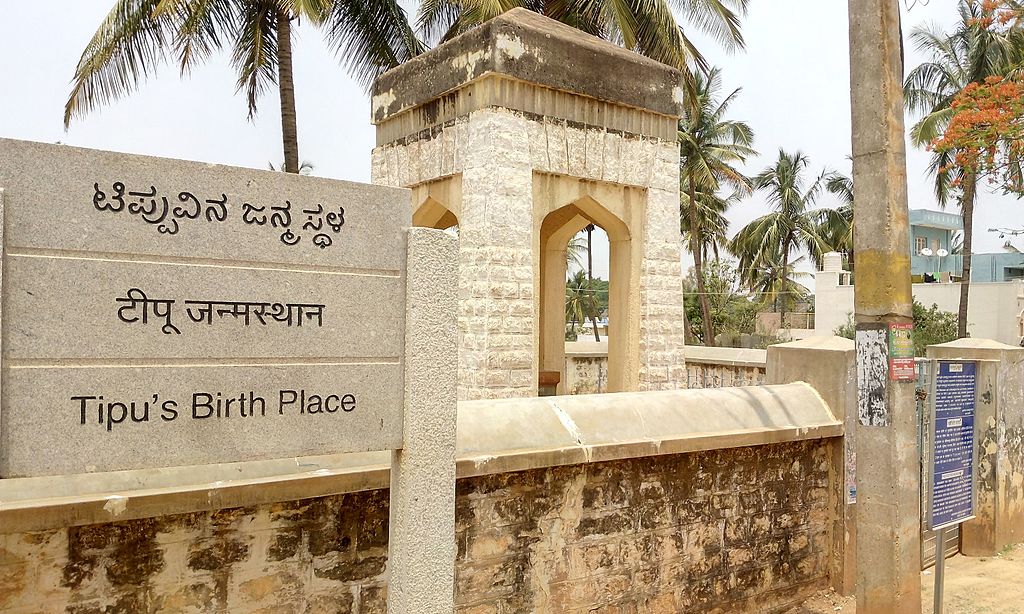 Sardars Muhammad bin Ali AlKubaydan and Ghazi Khan taught Tipu how to fight. While leading a predominantly Hindu country, Tipu remained strong in his Muslim faith, going daily to say his prayers and paying special attention to mosques in the area.

During his rule, he completed the project of Lal Bagh started by his father Hyder Ali and built roads, public buildings, and ports in his kingdom. His dominion extended throughout North Bangalore including the Nandi Hills and Chickballapur. His trade extended to countries such as Sri Lanka, Oman, Durrani Afghanistan, France, Ottoman Turkey, and Iran. Under his leadership, the Mysore army proved to be a school of military science to Indian princes. The serious blows that Tipu Sultan inflicted on the British in the First and Second Mysore Wars affected their reputation as an invincible power. 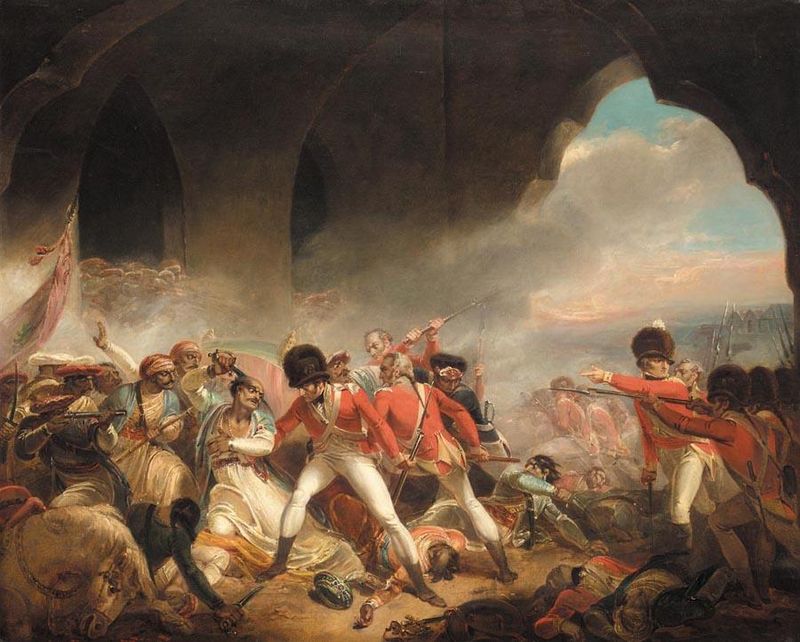 Dr. APJ Abdul Kalam, the former President of India, in his Tipu Sultan Shaheed Memorial Lecture in Bangalore (30 November 1991), called Tipu Sultan the innovator of the world's first war rocket. Two of these rockets, captured by the British at Srirangapatna, were displayed in the Royal Artillery Museum in London. According to historian Dr. Dulari Qureshi Tipu Sultan was a fierce warrior-king and was so quick in his movement that it seemed to the enemy that he was fighting on many fronts at the same time. Tipu managed to subdue all the petty kingdoms in the south. He defeated the Nizams and was also one of the few Indian rulers to have defeated British armies. He is said to have started a new coinage, calendar, and a new system of weights and measures mainly based on the methods introduced by French technicians. 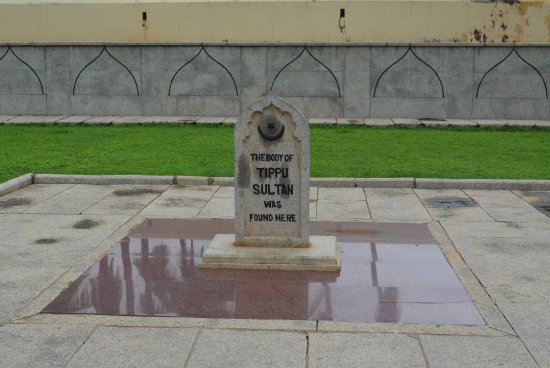 Horatio Nelson defeated François-Paul Brueys D'Aigalliers at the Battle of the Nile in Egypt in 1798. Three armies marched into Mysore in 1799?one from Bombay and two British, one of which included Arthur Wellesley. They besieged the capital Srirangapatna in the Fourth Mysore War. There were more than 26,000 soldiers of the British East India Company, approximately 4,000 Europeans, and the rest Indians. A column was supplied by the Nizam of Hyderabad consisting of ten battalions and more than 16,000 cavalries, and many soldiers were sent by the Marathas. Thus, the soldiers in the British force numbered more than 50,000, whereas Tipu Sultan had only about 30,000. 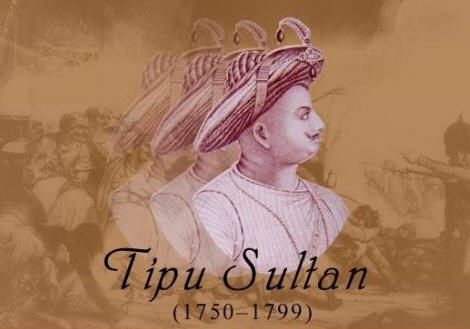 The British broke through the city walls, and French military advisers told Tipu Sultan to escape via secret passages, but he replied, "Better to live one day as a tiger than a thousand years as a sheep".Tipu Sultan died defending his capital on 4 May.

Tipu Sultan was killed at the Hoally (Diddy) Gateway, which was located 300 yards (270 m) from the N.E. The angle of the Srirangapatna Fort. He was buried the next afternoon at the Gumaz, next to the grave of his father. Many members of the British East India Company believed that Nawab of Carnatic Umdat Ul-Umra secretly provided assistance to Tipu Sultan during the war and sought his deposition after 1799.

Avicii, famous music producer and D.J. is dead at 28