In the men's 86 kg category of the Commonwealth Games 2022, Indian wrestler Deepak Punia defeated Pakistan's Inam 3-0 in the final. Pak wrestler was seen in defence mode from the beginning. Deepak has also taken advantage of his experience and won a gold medal. This is Deepak's first medal at the Commonwealth Games. He has also won a silver medal in the Asian Championships and a silver medal in the World Championships.

Deepak Punia's performance in the Game was like this:-

Round 16 (victory): In the 86 kg category, the Indian wrestler took on New Zealand's Matthew Oxenham in Round 16 which he won 10-0. The Kiwi wrestler appeared to fade ahead of Deepak's experience.

Quarterfinals (win): Deepak's match against Sierra Leone's Sheku Kassegbama was also one-sided. Sheku too could not stand in front of Deepak and won 10-0 in the round.

Gold medal match (win): Deepak Punia's fight for gold was against Pakistan's Inam. The Pak wrestler appeared in defensive mode from the beginning, which Deepak took advantage of and earned two points.

Born in the Jhajjar district of Haryana, Naib Subedar Deepak Punia is an Indian freestyle wrestler. Junior Commissioned Officers in the Indian Army came into the limelight by winning a silver medal at the  2019 World Wrestling Championships. He also played at the 2020 Summer Olympics but missed out on a medal. Deepak's career has been affected by injuries. After a hand injury at the Poland Open, he did not play many of the matches before the Tokyo Olympics. Similarly, he could not win the wrestling World Championship final due to injury. He had to be happy with silver. 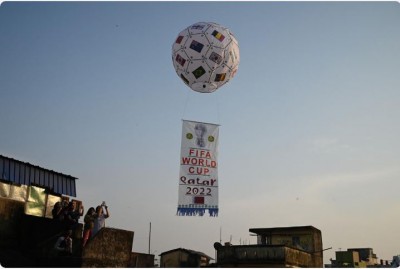