New Delhi: The Delhi High Court on Tuesday reserved an order on a Public Interest Litigation (PIL) seeking a direction to disqualify Aam Aadmi Party (AAP) leader Satyendar Jain for being a member of the Assembly and a minister in the Delhi government. On Tuesday, a bench of Justice Satish Chander Sharma and Justice Subramaniam Prasad, after hearing the plea of ​​the petitioner's counsel, said that we will pass an appropriate order.

The petition states that Satyendar Jain, the Health Minister in the Arvind Kejriwal government of Delhi, who is also an MLA from Shakur Basti assembly constituency, himself has told the Enforcement Directorate (ED) that he has lost his memory and was asked by the Additional Solicitor General. The lower court has also been informed in this regard. The petition states that the Delhi government is clearly violating the provisions of the Constitution of India under Article 191 (1) (b), which clearly states that a person shall be deemed to be a member of the Legislative Assembly or a State Legislative Council shall be disqualified for being elected and for being a member if he is of an unstable mind and has been so declared by a competent court.

Petitioner Ashish Kumar Srivastava, through advocate Rudra Vikram Singh, had sought a direction from the Arvind Government of Delhi to declare all the decisions taken by him after suffering from corona infection as void and invalid, as he has lost his memory. Along with this, the petitioner has also sought direction from the Central Government to constitute a medical board to analyze the mental condition of Satyendra Jain. Let us tell you that Satyendra Jain is imprisoned in jail for corruption and when Jain was being accused of being corrupt, then Delhi CM Arvind Kejriwal, while demanding a Padma award for Jain, called him staunchly honest, but Jain himself is unable to prove his innocence and to avoid questioning has said that I have lost my memory, I do not remember anything. For this reason, a petition to remove him from the post of Health Minister has been filed in court. 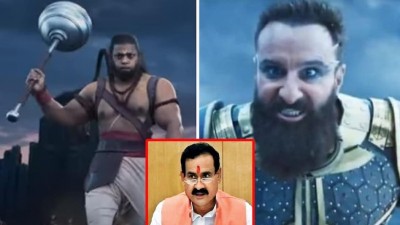