New Delhi: The Aam Aadmi Party has achieved a majority in the Municipal Corporation of Delhi (MCD Election) by performing brilliantly. Yes, Delhi MCD was in BJP's control for the last 15 years. However, this time the Aam Aadmi Party (AAP) has registered a victory. At the same time, BJP remained at number two, while Congress (Congress) is in the third position. Let us also tell you that voting was held on 250 seats of MCD on December 4. A total of 1,349 candidates were in the fray in 250 wards in these elections. Of these, 382 candidates were independent. BJP and AAP fielded their candidates for all 250 seats, while Congress fielded only 247 candidates. The BJP has won from Shakurbasti, the area of ​​minister Satyendar Jain in the AAP government.

Along with this, BJP registered a victory in Deputy CM Manish Sisodia's Patparganj constituency as well. Here BJP got 3, and AAP got 1 seat. Apart from this, BJP could not win even a single seat in the area of ​​BJP State President Adesh Gupta. Adesh Gupta lives in ward number 141 Rajendra Nagar of MCD. AAP's Aarti Chawla has won from here. With this comes the Muslim face of AAP and 5 councilor seats under Delhi Waqf Board chairman Amanatullah Khan's Okhla assembly constituency. But Congress and BJP have won 2-2 out of these 5 wards. AAP got only 1 seat. 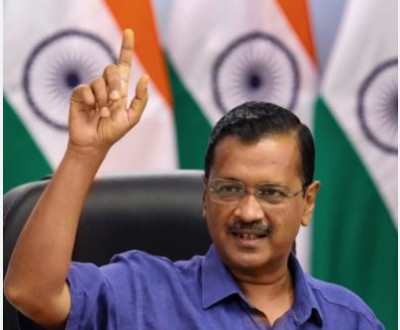