Girl missing in burqa from Agra recovered from Delhi, a youth arrested Lucknow: The missing girl has been recovered from Dayalbagh in the New Agra area, Thana, Uttar Pradesh. Two youths have also been arrested in this case. The girl, who has been missing since 23 February, has been recovered by the police from Tilak Nagar in Delhi. The girl's family had accused a young man named Mehtab of kidnapping the girl and filed a case against him.

The girl was seen in CCTV footage going with a young man from the hospital. In this case, several police officers formed several teams and started investigating. Police searched hundreds of CCTV cameras. According to the police, the girl went to Delhi by car and went there to live in a paying guest house. Now the police is conducting a medical test of the girl. The police is preparing to present the girl in court. Police say that further action will be taken after recording the statement of the girl.

According to media reports, the girl went to Delhi with her friend Divyanshu. The girl told that she has known Divyanshu of Gwalior for one year. The two met during a wedding ceremony. The two also often interact with each other over the phone. According to the police, the girl went to the hospital with her aunt on 23 February. During this time Divyanshu also reached there with his friend Rinku. Divyanshu was wearing a Pathani suit and turban. Divyanshu and his friends entered the hospital, after which the girl, wearing a burqa, sat in a car and came to Delhi with them. Divyanshu got him a place to stay on Fake ID in a PG. The police have arrested Divyanshu and the search for his friend Rinku continues. The police is also investigating the role of a man named Mehtab.

Raids in large quantities started in Bihar, know the reason 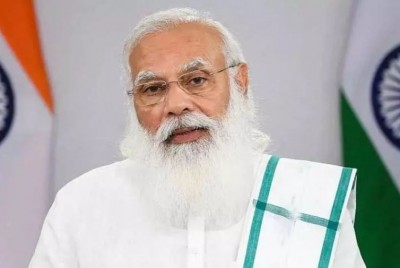