Dementia, a chronic neuro-degenerative disease that impairs memory, affects around 3.6 percent of the older population in Lucknow, a survey said.

A survey of persons over 60 in Lucknow revealed that 3.6 percent of them had dementia, said Prof. Nisha Mani Pandey of the King George's Medical University's (KGMU) department of geriatric mental health.

According to a survey of more than 3000 older people in the Lucknow district, which included both urban and rural areas, 2.47 percent of the population had Alzheimer's disease (AD). This year's Alzheimer's Day (September 21) activities include the survey The most typical kind of dementia is AD.

Prof. Pandey said better education has been recognised as a protective factor alongside higher cognitive levels at work while discussing preventive approaches for AD. "Everyone should adhere to the adage "use it or lose it" when it comes to the brain. This indicates that even after you get 60 years old, your brain will stop working if you do not use it "She said.
"Take up some interesting work if you want to keep your mind active. Therefore, a retired banker's brain will remain focused and its cognitive level will remain high if they are asked to manage the finances of a family business or even other family members and keep a record of their earnings and expenses "said Dr. Abhishek Shukla, the association of international doctors' secretary-general.

Risk factors for brain damage include lifestyle diseases and conditions that affect the sensory organs, according to physicians. "Brain function can be harmed by vascular comorbidity, cholesterol levels, hypertension, heart disease, and even vision impairment. This is due to the fact that harm to one organ can affect another, including the brain, "Prof. Pandey stated.

Family support is important when it comes to treatment, according to Prof. Pandey, who has investigated non-pharmacological management among patients. This is in addition to early detection of memory loss.

"It matters how a family handles an aged person and how society views them. The elderly can play a vital part in society because they make up about 10 percent of the population, if family and society can overlook a few difficulties that come with being older "Prof. Pandey said. 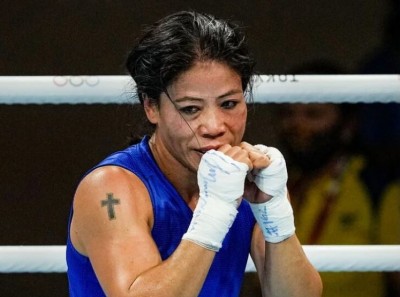