Demonetization was a step to 'clean the Indian economy: PM Modi 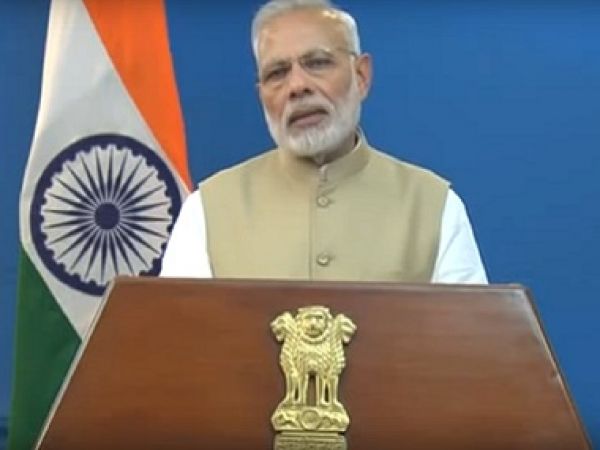 The video represents demonetization as one of the bravest steps taken by Prime Minister Modi after becoming PM in 2014.

The video says that the country was suffering from the danger of corruption and black money before 2014 and the decision of demonetization was a step to 'clean the Indian economy.

The video claims the poor and the commoner was not distressed with the decision as they always had confidence that an 'honest government' is struggling for them.

The video further shows that the decision busted the backbone of terrorism and Naxalism in the nation and reduced stone pelting activity in the Kashmir Valley.

On this day last year the old Rs 1,000 and Rs 500 notes - 86 percent of currency in circulation - were scrapped after Prime Minister Modi made an unforeseen announcement throughout a astonish television address.

Pm Modi also gave the nation's 1.3 billion people a 50-day window to either deposit nonlegal tender notes into bank accounts or swap them for minted notes.