Thessaloniki: A Roma teenager was shot by police on Monday and left in a critical condition, as fighting turned violent in Greece's second largest city.

The 16-year-old was shot in the head early Monday after leaving a gas station in a truck near the port city of Thessaloniki, according to state television station ERT.

According to the Greek Police Department, in an attempt to evade arrest, the teen tried to elude the officers who were pursuing him on a motorcycle.

Earlier in the day, police responded with tear gas, protesters and the teen's family members threw stones at riot police outside the hospital where he was being treated.

Police said in a statement that they fired two shots to stop the man who tried to ram the police motorcycles.
According to police, the driver had lost control after being shot, hit a wall and was "taken to hospital with serious injuries".

The officer who fired has been taken into custody and will appear before prosecutors on Tuesday. In 2021, a second Roma youth was killed in a police chase near the port of Piraeus.

Also Read: Air Force overcomes a challenge with its first hypersonic weapon amid a "new arms race" with China and Russia

The incident comes a day before youth demonstrations in several cities in memory of a Greek teenager who was shot dead in 2008 by a police officer, Alexandros Grigoropoulos.
His death followed weeks of sometimes violent protests in Greece. 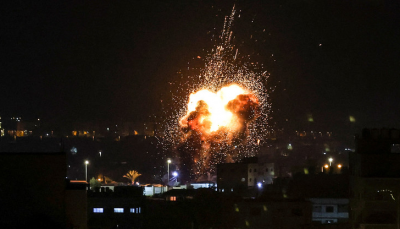