Mitsubishi Motors Corporation (MMC) has unveiled the design of its all-new plug-in hybrid (PHEV) Outlander crossover SUV, which will be shown in a virtual premiere on October 28. The company has stated that sales of the vehicle would begin in Japan by mid-December. Mitsubishi stated that the new Outlander was developed using its new design concept, which was created with the next generation of consumers in mind, who want stronger visual signals on the outside.

The front-end design has been updated with an advanced dynamic shield to give the car a more aggressive but attractive appearance. It will also have broad horizontal accents that go from front to back, giving it a smooth character line. The car will be equipped with 20-inch wheels and front and rear fender flares to increase its performance. The 2018 Outlander PHEV's rear end will have horizontally themed taillights that reach to both ends of the vehicle, giving it a more emphasised appearance from the back.

The car's interior has also been renovated by the manufacturer. A horizontally carved instrument panel will be included in the interior, making it simple for the driver to comprehend the car's location while driving. The centre console too has undergone significant changes to sync with the new design. Soft cushioning has been given by the company for the door panel, which covers a large area. The displays and gauges have been built so that the driver can view them more easily. According to the manufacturer, the selectors, dials, and switches were intended to provide the user a secure grasp and operation.

Mistubishi stated that the car will be available in ten colour variations, which include the diamond colour series. Red Diamond, White Diamond, and the new Black Diamond will be among the colours available. However, the firm has not disclosed many details regarding the car's mechanical specifications. The Outlander PHEV made its global debut in 2013 and Mitsubishi had then claimed it as the world's first plug-in hybrid SUV. It featured a twin motor 4WD system and a high-capacity battery that included a 100V AC power supply. Here is Toyota Hilux accessories, You Can buy Before launch Fire Risk: Water can get into wiring, This Company Recalls its cars 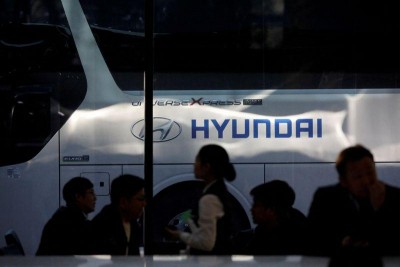 Mitsubishi, Nissan, and Renault to work on EV development