New Delhi: Former CM Prem Kumar Dhumal has said that countries, societies and communities that do not know and pride in their history often cease to exist. Dhumal was addressing the concluding session of the national symposium and webinar organized on the topic 'Indian Freedom Movement: Chronicles, Memories and Backstory-heroes' under Azadi Ka Amrit Mahotsav at Thakur Jagdev Chand Thakur Smriti Shodh Sansthan Neri near Hamirpur on Sunday.

The 2-day symposium was organized in collaboration with the Indian Council of History Research and The Ministry of History of Central College Dharamshala and Himachal Pradesh University, Shimla. Speaking on the occasion, the former CM has said that we have come to know the importance of history today, but Thakur Jagdev Chand Thakur, founder of Smriti Shodh Sansthan, Thakur Ram Singh, understood this decades ago. So, he gave special emphasis on the compilation of Indian history. During British rule, Indian history was distorted under a deliberate strategy and conspiracy, which tried to enslave us not only politically and economically, but also mentally and psychologically.

Yoga, Vedas, Ayurveda are the products of Indian civilization: He has said that Yoga, Vedas, Ayurveda and other ancient traditions and disciplines are the product of Indian civilization. Millions of people are also contributing to India's freedom struggle, about whom we do not know anything. The history of any period is a mirror of that time. Therefore, writing the right history is very important. The research papers of scholars participating in the two-day symposium held in Neri will reveal the glory stories of many background heroes of Indian history and inspire the new generation. Referring to the present era, Dhumal has said that today our country is getting empowered and superpowers like the US are also taking pride in India. He has also demanded every citizen to resolve to support the nationalist forces. 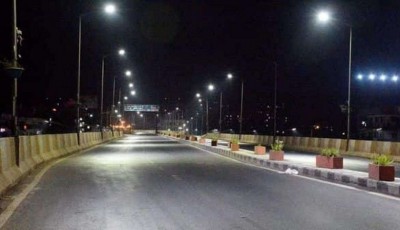 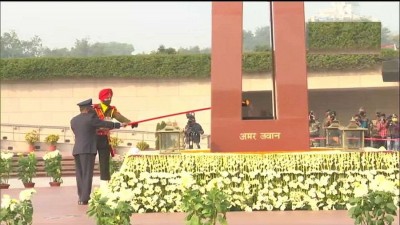