'Muslims have 4-4 wives with dozens of children': Digvijay Singh Bhopal: Former Madhya Pradesh Chief Minister and Rajya Sabha MP Digvijay Singh has always been a part of discussions on his statements. Now, recently, once again, his statement is in the news. In fact, recently, he attended the conclusion of the Kisan Padyatra programme in Sehor. In the town hall, Digvijay Singh said, "According to a study, the birth rate of Muslims in the country is continuously declining as compared to Hindus and the birth rates of Hindus and Muslims will be equal by 2028. The BJP is trying to mislead the Hindus and is doing the same thing for the Muslims.''

Macron and Joe Biden to meet Next month over AUKUS deal 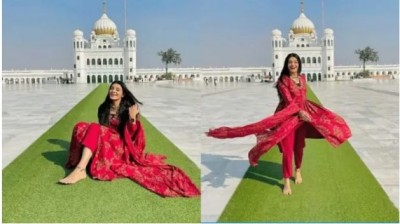