Dimple Kapadia, in this mood at the age of 62, places legs on the director's shoulder, and then... Dimple Kapadia, one of the stylish actress, is well known for her outstanding acting and is often able to get something new and draw the attention of her fans. Now, she has done something again, which even fans have not been able to stop from making comments on. Actress Dimple Kapadia is now being busy in the shooting of the film Hindi Medium's Sequel 'Angrezi Medium' and during the time one of her photos is being viral on social sites.

Sonakshi Sinha who completes 6 years of 'Lootera', spoke on Ranveer!

In fact, a photo has recently been shared by the film's director Homi Adjania, with dimple posing on his shoulders in a stylish manner. Homi has written a witty caption tagging Dimple's daughter Twinkle Khanna and asking for her help, which has been responded to by Twinkle in a very heartfelt manner.

Amitabh does hard work at the age of 76, take hours to get look!

For details, the film Hindi Medium in 2017 is the sequel to the 'Angrezi Medium' film, currently being shot in London, and Irfan Khan and Kareena Kapoor are also among the most important roles in the film. 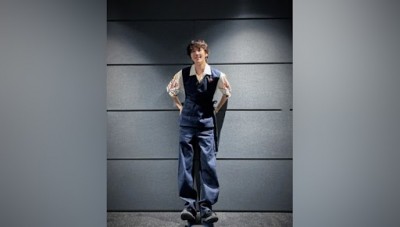