Taapsee Lashes out at KRK, said- 'How often do you tell the same lie' The boycott trend is going on in Bollywood. Here Hindi films of big stars are seen piling up at the box office. Amidst all this, Kamaal R Khan is also seen dominating Bollywood actors with his sharp words. Not long ago, KRK had tweeted about Anurag Kashyap's Taapsee Pannu starrer Dobaaraa. In fact, Kamaal had said that the shows of the film are being cancelled. To which Hansal Mehta also responded well. Hansal Mehta had described Kamaal as a 'paid monster'. Now Taapsee Pannu has also entered this tweet war.

Yes, Taapsee has defended Hansal Mehta's tweet. Taapsee has also responded to Kamaal R Khan's tweet. At the same time, Kamaal had said that the shows are being cancelled again. The film is proving to be a flop at the box office. However, after Hansal Mehta said that Dobaaraa has earned a lot at the box office, that too after being released on only 370 screens. Taapsee replied to Kamaal and said, "Sir, no matter how many times you tell the same lie. That won't make it true. And those people who exist only because of films are trying to harm the industry. Anyway, there is a little difficult film for their mind again, so what can inferior people do?"

Let us also tell you that Anurag Kashyap's directed film has been released again on 370 screens. Talking about the opening collection of this film, it has earned 72 lakhs at the box office. The film has earned 85 lakhs so far.

Alia Bhatt is all set to change her name, reveals herself 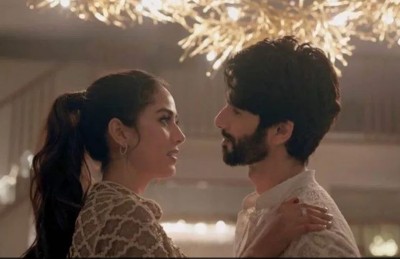