Patna: A case of happiness of a 12-year-old girl has come to light in Khagaria district of Bihar. Seeing the house deserted, when the father made a loving request to the daughter not to go to school, the girl went through this exasperated and she ended her life by hanging on the noose. The incident is from Sirajpur village under Parbatta police station area, where resident Suman Chaudhary is a teacher in the school.

On Wednesday, Suman Kumar's wife was going to Bhagalpur for shopping. Meanwhile, the mother told her daughter Radha Rani that 'you go to school. I am going to Bhagalpur market. Daughter started getting ready to go to school. Meanwhile, father Suman Chaudhary told the daughter that, 'You don't go to school today, there is no one here. The house will be deserted. The daughter did not like this thing of the father. As soon as Radha went out of her father's house, she climbed the bed and tied a dupatta to the fan and gave her life by swinging on it.

When the neighbor, who reached his house for some work, saw this scene, he informed Radha Rani's father on the phone. The father came home running, although by then the daughter had stopped breathing. It is being told that the mother of the deceased had gone to Bhagalpur at the time of the incident. According to the father, Radha Rani gave her life by swinging from the fan with the help of a briefcase. At the same time, the police is engaged in the investigation of this matter. 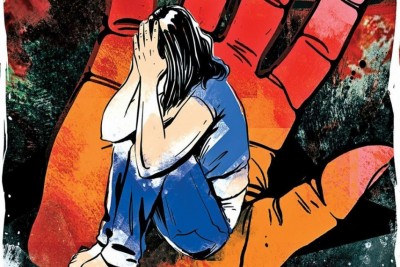 The purse of the jawan posted in PM's security was stolen.