Olivia Wilde's second film as a filmmaker is a high concept yet unconvincing and unsatisfying. Although it has a very spectacular and polished appearance, the weak characterization, boring plot, and superficial depth of telling prevent it from being an engaging or involved watch. That's not to say you won't enjoy the actors' flawless appearance, impeccable fashion sense, sexual proclivities, and "life is a never-ending party" lifestyle.

The viewers may feel drawn to Victory, a suburban Shangri-la located far from the city with modern residences that are minimalist and all-white. Victory is a gleaming oasis in the middle of the California desert. One of the "selected" few couples and families living up to this wonderful ideal is represented by Jack Chambers and Alice (Harry Styles and Florence Pugh). But is it that... is a query addressed near the action's peak? That's when the enigmatic Victory Project society reveals distorted idealism and reveals its unsettling undertones, which contradict all the happy faces and ideal marriages previously displayed.

ALSO READ: All good between Florence Pugh and Olivia Wilde? Don't Worry Darling actress has something special to say.

Wilde undoubtedly drew inspiration from movies like Inception, The Matrix, and The Truman Show, but this movie only comes close in terms of "looks." The dark trauma doesn't develop with much luck or cunning. The scene itself is an evident beacon for a malicious mindset because of how flawless it is.

The dialogue from the screenplay by Katie Silberman, Carey Van Dyke, and Shane Van Dyke reads like a mediocre parody of "Stepford Wives." However, in comparison to the astounding excellence of the cinematography by Matthew Libatique, production design by Katie Byron, and costumes by Arianne Phillips, the performers playing fantastic roles are very much renowned or notorious (as per your perception of their notoriety and fan base). Even Olivia Wilde's direction is preoccupied with making everything look beautiful while ignoring conviction.

Chris Pine plays a tasty villain, and Pugh does admirably in a substantial role (following "Midsommar"), but there isn't much else for the rest of the cast to do. Harry Styles, who is the main attraction, may fit in well, but his talent is not as flawless as his appearance (as exhibited here). Even with the flawless visual craft on display, Olivia Wilde's second attempt at directing is quite weak. 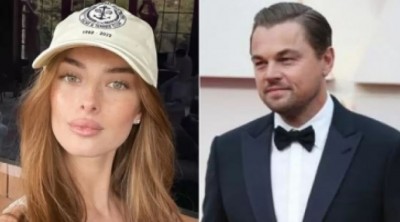 “Bow down b***es..”, Madonna slams ‘Ageism and misogyny’ criticism about her looks