USA: The company that owns Facebook, Meta Platforms Inc, threatened Monday if the US Congress approves a measure to make it easier for news organizations to bargain collectively with firms such as Alphabet Inc's Google and Facebook. She will remove the news from her platform. ,

According to informed sources, lawmakers are considering including the Journalists' Competition and Protection Act into a defense bill that must be passed every year to support the struggling local news sector.

In a tweet, Meta representative Andy Stone said that if the law was passed, the company would have to decide between removing news stories and complying with government-mandated negotiations that would help news outlets through increased traffic and subscriptions. Ignore the value we provide.

The proposal, he continued, ignores the fact that publishers and broadcasters post content on the platform because doing so "benefits their bottom line, not the other way around."

A trade group for newspaper publishers called the News Media Alliance is urging Congress to include the measure in the defense bill, saying "local papers cannot tolerate many more years of Big Tech use and abuse." are, and the time to act is running out." If Congress doesn't act soon, we run the risk of allowing local newspapers to replace social media in America.

Also Read:  Redmi Note 11 Pro+ is currently on sale here are the specifications

A coalition of more than two dozen organizations, including the American Civil Liberties Union, Public Knowledge, and the Computer and Communications Industry Association, urged Congress on Monday not to pass the local news bill because it is "a misguided antitrust law for publishers." will create a discount." and broadcasters" and because it is not mandatory that "money received through negotiation or arbitration shall also be paid to journalists".

A similar Australian law that took effect in March 2021 following talks with Big Tech companies that resulted in the brief shutdown of Facebook news feeds in the country has been largely successful, according to a government report.

Several tech companies, including Meta and Alphabet, have struck more than 30 agreements with media outlets since the news media bargaining code went into effect, paying them for content that brings them clicks and advertising revenue, the report said. . 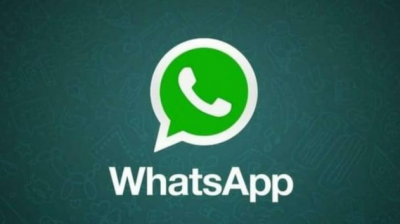 Google is working on an Apple AirTag-like tracker