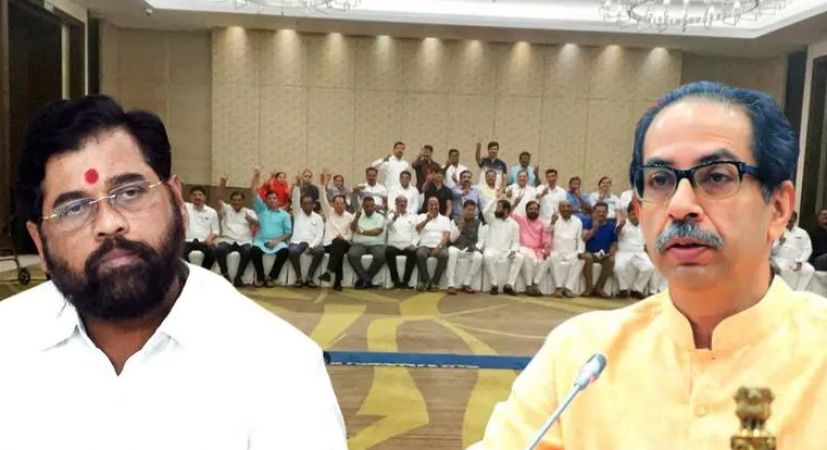 Mumbai: Amidst the political upheaval of Maharashtra, CM Uddhav Thackeray expressed anger over the rebellion in Shiv Sena in the meeting of district chiefs and district contacts today (June 24, Friday). He said- 'Dum hai to show standing without taking names of Shiv Sena and Thackeray. Go and show it among people without showing my picture. Those who used to say that they will die but will not leave Shiv Sena, they left Shiv Sena today. The rebels have committed the sin of breaking Shiv Sena. Those who do not want to see me as CM, their ambitions are monstrous. What should I worry about those who have left us?

Uddhav Thackeray said, 'I have not given up stubbornness, my insistence is still there. The legislators were lured to their side by greed. What did the Ministry of Urban Development do for Eknath Shinde. Sanjay Rathod was handled despite serious allegations against him. You can take the flowers of the tree, you can also take the branches. But their roots cannot be uprooted. Now is the time to show those who question the existence of Shiv Sena that true Shiv Sainiks have allegiance to Shiv Sena in their hearts.